Okada, Omega to meet on June 9 at NJPW Dominion 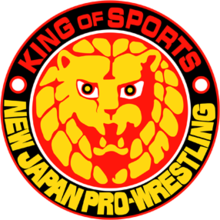 The big news in professional wrestling today is not from WWE, but from across the Pacific, with the announcement that IWGP heavyweight champion Kazuchika Okada will defend his title against Kenny Omega at Dominion on June 9.

It will be the fourth match between the two superstars of New Japan Pro Wrestling. The series currently stands at 1-1-1, with Okada winning the infamous six-star match at Wrestle Kingdom 11 in January 2017, and Omega besting the champ in a non-title match as part of the G1 Climax Tournament in August.

The two wrestled to a memorable 60-minute draw at last year’s Dominion event, leading to the stipulation for this year’s Dominion main event that will have the match be best two-of-three falls with no time limit.

Okada issued the challenge to Omega after his successful title defense against Hiroshi Tanahashi in the two-day NJPW Wrestling Dontaku on Friday. The successful defense was Okada’s 12th, setting a new IWGP record.

Omega has been spending the past few months in a storyline involving tensions in the Bullet Club initiated by Cody Rhodes that have split wresting’s most recognizable stable down the middle.