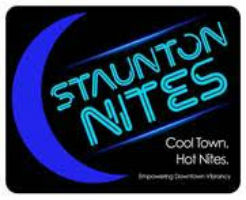 Friday, September 21, 2018 (Staunton, VA) – After a successful Treasure Hunt and a well-attended closing party in 2017, Staunton-based technology company, Traipse, and local radio station, WQSV 106.3, are  looking to make their community-engaging event even bigger this Fall.

Traipse and WQSV 106.3 are teaming up again to hide real treasure somewhere in Augusta County, Virginia. Starting October 1, and over six weeks, they’ll release clues via the Traipse app, over WQSV’s air waves, on social media, at local businesses, and more.

The Treasure Hunt will close and the winners will be announced at the 2nd Annual Traipse and WQSV 106.3 Treasure Hunt Party on November 10, 2018, 5 – 8:30 p.m. at the Staunton Innovation Hub. The party is made possible by the Staunton Downtown Development Association’s StauntoNites program and will feature a mini-Treasure Hunt resulting in prizes and giveaways, free food and drink, and area businesses will be  staying open later so they can join in the fun.

“We were truly impressed and motivated by the level of excitement and participation we received from the community during last year’s treasure hunt and closing party,” said Traipse Founder and CEO Darren Smith. “This year the treasure hunt and especially the closing party are going to be fantastic, all thanks to the  incredible level of support we’ve received from area businesses, local governments, and from the Staunton Downtown Development Association.

Founded in 2014 and based in Staunton, Traipse is a free smartphone application that leads users on a walking tour of landmarks and local businesses. At each stop on a Traipse tour, users get information about that site and are challenged with a location dependent riddle or puzzle. Traipse ”Gamifies” the experience of visiting a tourist attractions, leisure destinations, or attending events—much like Fitbit gamifies exercise or Pokémon GO  facilitates collecting virtual artifacts in real world location—while also involving local businesses and organizations. Traipse provides an engaging way to spend time at a destination, explore its hidden stories and appreciate its unique character. Traipse is freely available for iOS (Apple) and Android devices and can be downloaded at http://www.traipse.co

Since 2012, WQSV 106.3 has led the effort to bring quality radio broadcasting to Staunton, Augusta County, and Waynesboro. Their mission is to foster community through music, broadcast education and discovery. WQSV is a project of the Staunton Media Alliance, a dedicated group of passionate volunteers who drive WQSV’s vision to build a stronger and more vibrant community through music, culture, and journalism.

Inspired by the Community Perception Survey Implemented in October 2016, the Staunton Downtown Development Association’s StauntoNites program addresses the city’s need for a monthly event and a more vibrant nightlife. The StauntoNites program provides marketing and promotional assistance for twelve events in and around Downtown Staunton, occurring on the second Saturday of the month.