Obenshain comments on State Board of Elections proposal on absentee ballots 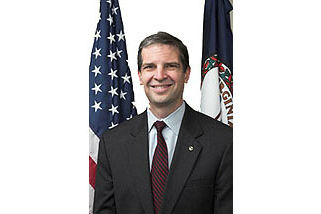 State Sen. Mark D. Obenshain (R-Rockingham) submitted a formal comment in opposition to an amendment proposed by the State Board of Elections to allow absentee ballots counted with missing or ineligible postmarks.

“This is a gross overstep of authority by the State Board of Elections. It would wholly supersede the statutory language regarding postmarks on absentee ballots,” Obenshain said.

There have been more than 725 public comments submitted in opposition to this proposed amendment to date.

Comments may be viewed at townhall.virginia.gov/L/comments.cfm?stageid=9041

“Election integrity is of uppermost importance, particularly in the age of COVID when Virginia is facing unprecedented levels of absentee voting,” Obenshain said. “We already have reports of mistakes made that could result in fraud, namely in thousands of voters around the Commonwealth receiving multiple absentee ballots. I strongly urge the State Board not to adopt this amendment which would further open up Virginia for election fraud.”