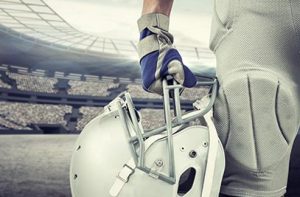 “Congratulations to the state GA and Fat Albert @staceyabrams because you have truly shown America the true works of cheating in an election, again!!!” Malone tweeted. “Enjoy the buffet Big Girl! You earned it!!! Hope the money was good, still not governor!”

The 1995 Virginia Tech alum had spent the past two years as the offensive line coach at UTC, after having served as O line coach at ODU, JMU, Virginia State, VMI and UMass, and a two-year stint as a grad assistant at his alma mater, where he was a four-year starter and earned All-Big East honors in 1995.

“Our football program has a clear set of standards,” UTC head coach Wright said in a statement posted to social media. “Those standards include respecting others. It is a message our players hear daily. It is a standard I will not waiver on. What was posted on social media by a member of my staff is unacceptable and not any part of what I stand for or what Chattanooga Football stands for. Life is bigger than football and as leaders of young men we have to set that example, first and foremost. With that said, effectively immediately, that individual is no longer a part of my staff.”