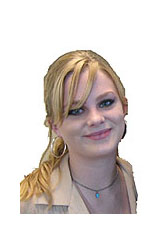 A Northern Virginia man was convicted Wednesday in Appomattox County of maliciously and intentionally making a false statement to Virginia State Police through a telephone tip he provided last fall in the Morgan Harrington case.

State Police arrested Alvin T. Daniels, 51, of Alexandria, Va., in May on the one count of obstruction of justice. On Nov. 11, 2009, State Police investigators had received a tip at the Appomattox Division headquarters from an anonymous caller directing agents to seek out a 34-year-old Prince William County man in the disappearance of Morgan Harrington, the 20-year-old Roanoke woman who went missing from the University of Virginia campus in Charlottesville during a Metallica concert on the night of Oct. 17, 2009.

An Appomattox Circuit Court judge sentenced Daniels to six months suspended jail time on the condition of good behavior over the next 12 months. He is also to have no contact with the victim in this case and was ordered to pay more than $1,600 in restitution to the Virginia State Police for time expended by agents vetting his tip.

“Investigative tip lines are for the sole purpose of generating relevant information related to an ongoing criminal investigation,” said Lt. Joe Rader, Bureau of Criminal Investigation’s Appomattox Division. “We in no way want to deter anyone from calling State Police or Crime Stoppers with information, but the public does need to be aware that there are penalties for purposely misleading investigators with a tip. In this instance, our investigators had to spend valuable time away from the Morgan Harrington case in order to vet an intentional false lead.”

The investigation into Morgan Harrington’s disappearance and death remains ongoing. The public is still encouraged to call in tips to the Virginia State Police tip line at 434.352.3467 or the Jefferson Area Crime Stoppers at 434.977.4000.