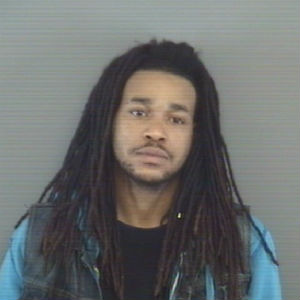 The Waynesboro Police Department extradited a North Carolina man to Virginia to face charges in a June 2015 armed robbery.

North Carolina authorities apprehended Brandon Jarrod Walker, 24 years old, on July 26, 2016 after they responded to a domestic disturbance that involved his mother and him.  A check of his information indicated he was wanted on a capias from Waynesboro Circuit Court for failing to appear for his robbery trial.

On June 9, 2015, Walker and Michael David Keys, Jr., then 20 years old, allegedly robbed two men at gunpoint in a room at the Royal Inn, 2112 West Main Street.  Both were eventually arrested and the case proceeded through the grand jury.  Walker was set for trial in December 2015 when he failed to appear.  Walker has been on the “Waynesboro Wanted 10” list since he absconded. Keys pled guilty to his charges.

Officers traveled to North Carolina overnight and brought Walker back to Waynesboro.