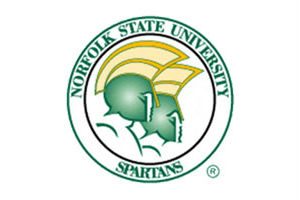 Norfolk State is the preseason favorite to win the MEAC North, and Joe Bryant Jr. and Devante Carter were named to the preseason All-MEAC team.

The Spartans were the pick to win the North on 16 of the 22 ballots of the league’s head coaches and sports information directors.

This year, the MEAC will split into northern and southern divisions for basketball, and teams will play conference games exclusively within their division. All voting was done by the league’s head coaches and sports information directors.

Bryant was named preseason second-team All-MEAC, and Carter grabbed a spot on the third team.

As a sophomore last year, Bryant played a big part in NSU’s 12-4 finish in the MEAC. He ranked second on the team in scoring with 12.0 points per game while adding 3.8 rebounds, 2.1 assists and 1.8 steals. He ranked in the top 75 in the nation in steals while also setting the school record for free throw percentage at 91.2.

A native of Norfolk, he also stood in the top 10 in the league in 3-point field goals, finishing with 49 makes from deep.

Hailing from Newport News, Carter shot 47 percent from the field and stood in the top 10 in the league in steals, assist-turnover ratio (1.3) and assists.

He and Bryant are the only players back for NSU who averaged at least five points per game last season.

The Spartans finished second in the MEAC regular season last year and went 16-15 overall before the conference tournament was shut down due to COVID-19. They will look to replace departed seniors and All-MEAC players Jermaine Bishop and Steven Whitley from a year ago.

In the preseason voting, the rest of the Northern Division included No. 3 Howard, No. 4 Coppin State, No. 5 Delaware State and No. 6 Maryland Eastern Shore after NSU and Morgan State. North Carolina Central, meanwhile, edged out North Carolina A&T by one point for the top spot in the Southern Division.

The Eagles had 95 points and 11 first-place votes compared to 94 and nine respectively, for the Aggies.

Kameron Langley of N.C. A&T was voted the Preseason MEAC Player of the Year. He was joined on the first team by three other seniors in Coppin State’s Dejuan Clayton and Koby Thomas and C.J. Keyser of North Carolina Central, as well as freshman Makur Maker of Howard.