Nor’easter poised to bring snow, rain and wind to mid-Atlantic by early week 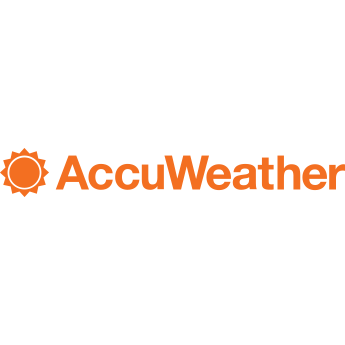 AccuWeather reports a storm is likely to track close enough and strengthen enough to bring accumulating snow, drenching rain and strong winds to part of the mid-Atlantic region spanning Sunday to Monday.

The first part of the storm will bring drenching rain, localized severe weather and travel disruptions to the southern United States this weekend.

“At this time, we feel there is a better than 50/50 percent chance the worst of the storm will stay to the south and east of New York City,” according to AccuWeather Senior Meteorologist Dave Dombek. “A light amount of snow [and rain] cannot be ruled out with roads mainly [expected to stay] wet.”

In order for the storm to turn northward and produce a broad swath of heavy snow from Washington, D.C., to Boston, the jet stream will have to dramatically change position a northwesterly flow to a southwesterly flow.

By the time the jet stream swings around, much of the moisture may have escaped out to sea.

“It is still too early to totally write the storm off for the Northeast,” Dombek said.

Which areas are most likely to get heavy snow?

In order for snow to accumulate on the roads during the middle of March from mid-morning to mid-afternoon, it must snow at a heavy rate to cool down both the atmosphere and the road surface. However, where it snows even at a light rate at other times, roads can become slippery.

At this time, the best chance of a heavy accumulation of snow, clogged roads and power outages from clinging snow is in the mountains from southern West Virginia and west-central Virginia to western North Carolina eastern Tennessee and eastern Kentucky.

Snow is likely to turn to rain in the mountains of North Carolina and Tennesseeon Sunday.

Farther to the northeast, including the Washington, D.C., area, a combination of rain and snow is likely in eastern Virginia, eastern Maryland, Delaware and southern New Jersey.
This portion of the lower mid-Atlantic coast has potential for snow to fall at a heavy rate. How much, if any, snow accumulates in this area will depend on the strength of the storm and whether or not temperatures dip into the low to middle 30s F or spend most of the time in the 40s.

The storm is likely to strengthen quickly enough to produce gusty winds along part of of the mid-Atlantic coast.

Cities such as Norfolk, Virginia, and Ocean City, Maryland, should be prepared for flooding problems related to storm surge and heavy rainfall.

Wind gusts in this same zone may be strong enough to knock down trees and cause power outages.

Impacts farther north to depend on storm track, strength

From Monday to Tuesday, the storm may track close enough to the coast to bring snow, rain and strong winds farther north or may stay too far to the east for much precipitation and wind in the mid-Atlantic and eastern New England.

Because of the potential for the storm to turn northward near the coast, there is a chance of snow and rain from Baltimore to Wilmington, Delaware, Philadelphia, New York City, Hartford, Connecticut, Providence, Rhode Island, Boston and Portland, Maine, early next week.

However, if the storm swings wide to the right before making a northward turn, clouds may break at times amid brisk conditions with spotty snow showers from coastal areas of the Northeast to the central and northern Appalachians.

Since the storm is likely to make an abrupt northward turn at some point early next week, areas from eastern Massachusetts to Maine, Nova Scotia and New Brunswick should be prepared for a period of strong winds, coastal flooding and perhaps heavy snow.

As has been the case with the prior nor’easters in the past couple of weeks, small craft should remain in port as the storm approaches. Large ocean-going vessels may want to consider altering their schedule until the risk of heavy seas subsides.

Based on the most likely storm track at this time in the airport hubs from Philadelphia to Boston, some airline delays are likely, but a great deal of flight cancellations are not expected. Only if the storm track farther to the north may delays and cancellations mount.

AccuWeather will continue to provide updates on the storm track and strength as well as the extent of wind, snow and rain this weekend.

Similar to that which occurred in the wake of the nor’easter from Monday, March 7, another pattern of cold air and snow showers will affect the region during the middle to latter part of next week.