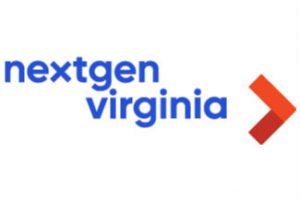 With over 1 million early votes already cast in the Commonwealth, NextGen Virginia kicked off its Get Out the Vote efforts this week to mobilize young Virginians to cast absentee ballots in the final days of election season.

GOTV efforts normally take place over the course of the final days before Election Day. NextGen is extending the timeline on the final turnout push given the urgent need to educate young voters on absentee voting in Virginia.

During NextGen’s GOTV Kickoff days of action on Monday and Tuesday, volunteers completed over 100 voter contact shifts, making over 81,000 calls and texts to young Virginians encouraging them to vote early.

“Every day, Trump and his Republican cronies prove that they are unfit to lead during this public health crisis,” NextGen Virginia state director Temi Amoye said. “Republicans are attacking access to health care, the fate of the Supreme Court is up in the air, and Trump, Pence, and Bob Good have all claimed that systemic racism doesn’t exist in Virginia — while BIPOC are disproportionately targeted by law enforcement. The stakes of this election couldn’t be higher, and young Virginians will be the driving force for change this year.”

NextGen Virginia will host two more early voting days of action next week to encourage young Virginians to request their ballots, follow the instructions, and mail it back as soon as possible.

Volunteers will call and text voters with information about early voting, launch ‘social media storms,’ and employ relational organizing tactics to reach voters. Organizers also lead virtual ‘class raps’ and ‘club raps’, or brief presentations during a university class or club meeting on how to vote, and partnering with student organizations to host events and provide them with resources to encourage their members to vote.

“Young voters are fired up and ready to vote. This year we set a goal to get 23,000 young Virginians to pledge to vote — that was the number we knew we had to hit to deliver progressive victories — and we easily passed that with over a month to go,” added Amoye. “As we continue to organize and see record-breaking early voting numbers, it is becoming more clear that we’re seeing an energized electorate that is ready to elect progressives up and down the ballot in Virginia.”

With five Historically Black Colleges and Universities across the commonwealth, NextGen is prioritizing mobilizing students at these schools. NextGen Virginia’s HBCU organizing program led over 2,000 students at HBCUs to sign pledges to vote with NextGen Virginia this cycle.

“When Black voters show up we force our leaders to listen to us and take action on issues like police violence against BIPOC, unequal access to education, and the plague of racism in our country,” said Kai’eshia Cole NextGen Virginia’s HBCU organizer. “Young Black activists are demanding justice every day, and this election will be decided by Black voices demanding change.”

NextGen Virginia is organizing on 11 campuses across Virginia including programs at: