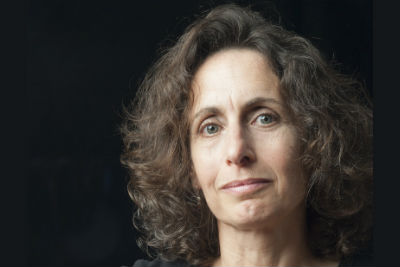 Elizabeth Kolbert, a staff writer for The New Yorker, will give a virtual lecture on Thursday, Oct. 29 at 5 p.m. as part of Washington and Lee University’s Mudd Center for Ethics series on Global Ethics in the 21st Century: Challenges and Opportunities, a collaboration between the Mudd Center and the Center for International Education.

Kolbert’s moderated conversation, which is open to the public to view online, is titled “Climate Change and Its Impact on the World Order.” The public can register for the virtual event for free at http://go.wlu.edu/mudd/kolbert.

“Kolbert’s research and the timing of her visit are of vital importance as the world confronts the looming challenges of climate change,” said Mark Rush, director of the Center for International Education at W&L. “Climate change, not unlike COVID-19, will unquestionably force humanity to reconsider its ideals of ethics, rights and sovereignty as the search for a global solution to the climate crisis continues. No doubt her talk will be enlightening and compelling.”

Kolbert is a Yale University graduate and has been a writer for The New Yorker since 1999. She has written dozens of pieces for the magazine, including profiles of Sen. Hillary Clinton, New York City Mayor Michael Bloomberg and former NYC Mayor Rudolph Giuliani. Her series on global warming, “The Climate of Man,” appeared in The New Yorker in the spring of 2005 and won the American Association for the Advancement of Science’s Magazine Award. Growing out of that series, she wrote an acclaimed book, “Field Notes from a Catastrophe: Man, Nature and Climate Change.” In 2010, she received the prestigious Heinz Award, which recognizes individuals who are addressing global change caused by human activities and natural processes on the environment.

Kolbert’s book “The Sixth Extinction: An Unnatural History” addresses mass extinctions, interweaving intellectual and natural history with reporting in the field. It was a New York Times 2014 Top Ten Best Book of the Year, and is number one on The Guardian’s list of the 100 Best Nonfiction Books of all time. The Sixth Extinction also won the 2015 Pulitzer Prize in the General Nonfiction category.

The Mudd Center was established in 2010 through a gift to the university from award-winning journalist Roger Mudd, a 1950 graduate of W&L. By facilitating collaboration across traditional institutional boundaries, the center aims to encourage a multidisciplinary perspective on ethics informed by both theory and practice. Previous Mudd Center lecture series topics have included Race and Justice in America, The Ethics of Citizenship, Markets and Morals, Equality and Difference, The Ethics of Identity and The Ethics of Technology.