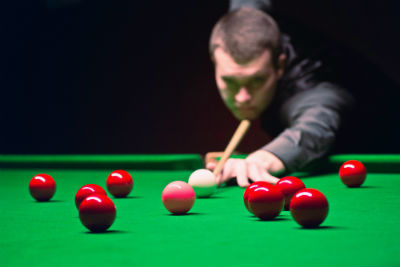 The historical British and Irish dominance of snooker could be set to end, with a new study claiming that Asian players are ready to rule the world.

First played during the 19th century, it wasn’t until the 1970s that the sport crossed into the mainstream courtesy of the BBC television show, Pot Black.

The programme turned players like Ray Reardon, Dennis Taylor and Steve Davis into household names and laid the foundations for a hugely lucrative era for the sport.

British and Irish players have largely been at the forefront of snooker since then, but recent research by Betway has suggested that the landscape is changing.

During the last 40 years, 116 of the 148 players who have featured in the top 32 of the rankings have been from Great Britain or Ireland.

While the game has featured some talented players from overseas, they have tended to be the expectation rather than the rule.

That point is highlighted perfectly by the fact that only three overseas players have ever won the World Championship, with Australia’s Neil Robertson the most recent in 2010.

With the semi-finals of the 2020 championships featuring three players from England and one from Scotland, that record will remain intact for at least another year.

However, with the global influence in snooker shifting dramatically over the past few years, Betway suggests that overseas champions could soon become much more prevalent.

In 1980, there were no Asian players on the scene, with the eight overseas stars in the top 32 coming from Canada, Australia and South Africa.

By the end of the 1999/00 season that number had dropped to just three, but Ding Junhui’s arrival on the scene a few years later has proved to be the catalyst for change.

His victory aged just 18 over Stephen Hendry in the final of the 2005 China Open was watched by millions of people in his homeland and sparked a huge snooker craze in Asia.

Although the World Championship has continued to elude Ding, his record of 14 major titles is certainly not to be sniffed at.

His success at the 2019 UK Championship – the third of his career – was particularly noteworthy from the perspective of Ding’s influence on the sport.

He defeated compatriots Liang Wenbo and Yan Bingtao on his way to the final, highlighting the continuing emergence of Asian players at the top level.

Seven of the current top 32 in the rankings are Asian and numerous other players from the region are climbing the standings.

With many top snooker stars now in the veteran stage of their careers, it is not unreasonable to believe that Asian players could become the dominant force in the sport over the next few years.