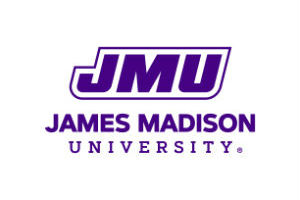 For garden plants to thrive, they require some strategic pruning from an astute gardener as they grow. If the garden is allowed to grow at will without any care, the results likely won’t be good.

A similar scenario may occur in the developing brain, and that’s what James Madison University researchers Mark Gabriele and Lincoln Gray will investigate with a new $423,678 grant from the National Institutes of Health.

The grant, the third the researchers have received from NIH since 2012, will enable their student-driven research team to study the role microglial cells play in shaping early neural networks.

“Our grant focuses on a developmental critical period when circuits that encode our senses are established and subsequently refined,” Gabriele said. As the brain develops, he said, it makes more connections than it ultimately needs. As systems come online, underutilized connections are tagged for removal. Mounting research suggests microglia serve as “gardener’s shears” for refining early circuits, but what happens if their normal function is compromised and excess connections aren’t removed?

“Unrefined neural maps might help explain why individuals with autism often exhibit savant-like abilities, as they maintain elaborate networks that may be capable of higher integrative functions,” Gabriele said, “but in the same breath, such excess may come at a cost, with sensory circuits that are more prone to hyper-excitability, making highly stimulating environments a challenge.”

Gabriele, a professor of biology, said he and his students are investigating the signaling mechanisms whereby neurons and microglial cells direct the selective pruning of early mapping blueprints.  Gray, a professor of communication sciences and disorders, is investigating what impact microglial dysfunction and unrefined circuits may have on behavior, and whether such hallmarks are in keeping with those observed in autism spectrum disorders.

Cooper Brett, whose master’s thesis contributed significantly to the grant application, said his research “laid the foundation for understanding the early patterning behaviors and importance of microglial cells during the critical period of postnatal development within the auditory midbrain.”

Just as important as collecting data, he said, was the experience that “provided clarity in my path toward medical school as well as helped my growth as a scientific communicator, critical thinker and educator.”