New Hulu limited series ‘Dopesick’ to be filmed in Virginia 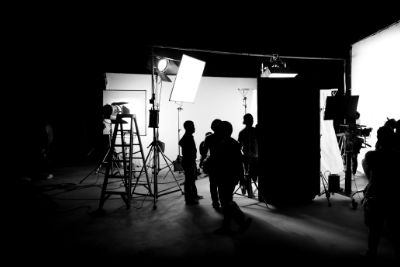 Dopesick, the upcoming Hulu eight-episode limited series, will film in Central Virginia, the Shenandoah Valley and the Roanoke area this winter and is anticipated to continue through the spring.

Developed by writer and executive producer Danny Strong, Dopesick is inspired by the bestselling book “Dopesick: Dealers, Doctors, and the Drug Company that Addicted America,” by Virginia author Beth Macy.

Production will be required to adhere to comprehensive industry health and safety protocols developed over the past six months by the Directors Guild of America, Screen Actors Guild, International Alliance of Theatrical Stage Employees, and other industry organizations. Guiding principles include strictly enforced testing regimens and safety protocols, a zone-based system, and diligent use of personal protective equipment.

These safety measures are in addition to the current Virginia pandemic workplace safety guidelines and those required by Touchstone Television.

“Virginia continues to be a premier production hub for filmmakers seeking an authentic, film-friendly environment and a home away from home,” Gov. Ralph Northam said. “It is wonderful to see this story from a Virginia author transformed from page to screen right here in our Commonwealth. We are honored to host the impressive team behind this compelling and consequential project, and to play a role in putting a universal spotlight on the opioid epidemic that continues to devastate American families and communities from all walks of life.”

Dopesick will be a revealing look into the epicenter of America’s struggle with opioid addiction. The show will take viewers from a mining community to the hallways of the Drug Enforcement Administration, to the opulence of “one percenter” Big Pharma Manhattan, intertwining the stories of affected families to reveal the state of addiction in America, while shining a hopeful light on the heroes battling an unprecedented drug epidemic.

“Film, television, and new media production is an incredibly valuable combined industry, and a much-needed immediate revenue generator for the Commonwealth,” said Secretary of Commerce and Trade Brian Ball. “We welcome the high-paying jobs and economic stimulation that this type of work provides for Virginia workers and communities.”

Author Beth Macy, who resides in Roanoke, also wrote the award-winning book “Factory Man: How One Furniture Maker Battled Offshoring, Stayed Local — and Helped Save an American Town,” which tells the story of the Bassett Furniture Company, located in Bassett.

“We are grateful to the Commonwealth of Virginia and its vibrant production community for welcoming this production with open arms,” said Touchstone Television Executive Vice President of Production Nissa Diederich. “We’re excited to get to work.”

Dopesick will be eligible to receive a Virginia film tax credit or grant. The exact amount will be based on the number of Virginia workers hired, Virginia goods and services purchased, and deliverables including Virginia tourism promotions.

“Film productions act like super tourists—spending large amounts in a short period of time and touching local businesses large and small,” said Virginia Film Office Director Andy Edmunds. “We’re excited that the Commonwealth’s hard work and credentials have once again attracted a production of this scope and caliber. The added benefit of hosting a project that can provide vital awareness and change lives is truly immeasurable. This industry is structured to address complicated logistical challenges, thus implementing comprehensive COVID-19 mitigation, testing, and tracing protocols to execute the work safely is a top priority.”