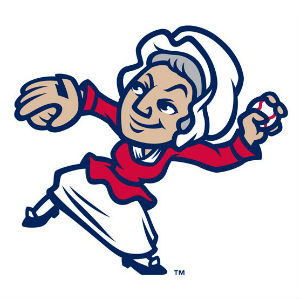 The Fredericksburg Nationals are installing state-of-the-art synthetic grass at their new stadium in Fredericksburg in partnership with Shaw Sports Turf.

The high-performance B1K™ surface is designed specifically for baseball and is expected to be ready for Opening Day in April 2020.

“Early in our stadium development plans, we decided to explore synthetic grass to increase the flexibility of the use of our stadium,” Fredericksburg Nationals principal owner and chairman Art Silber said. “Obviously, our primary concern was player safety and the playability of the field. Through working closely with Shaw, we were convinced their product was first in class for the players, our fans, and our operation. We are thrilled to be the first minor league team to install this outstanding surface.”

The Bolt fiber provides excellent ball roll, friction and natural grass aesthetics, ensuring that the playing surface at Fredericksburg will be elite and consistent.

“I’m happy the Silber family put their trust in Shaw Sports Turf. Dr. Philipe Aldahir’s field playability testing has allowed Shaw Sports Turf to emerge as the unquestioned leader in the baseball world. There was no doubt that a championship organization like the Fredericksburg Nationals would take the time to do their due diligence and care about player safety and performance. Now, the Fredericksburg Nationals will have the premier baseball field on the east coast,” Shaw Sports Turf territory manager Andrew Barksdale said.

The Geofill® Performance Infill within the blades forms a firm surface similar to natural soil with lower energy rebound levels identical to high-performance natural grass. The result is a more natural playing posture and motion from the players, creating less fatigue as their bodies will not have to overcompensate for the “bounciness” of the surface.

The Fredericksburg Nationals commitment to sustainability also played a role in the change, as the Geofill infill is made from natural materials that are environmentally friendly. The transition to a synthetic playing surface is expected to provide significant savings in water consumption each season by requiring less water to maintain the system.

It will also allow the Fredericksburg Nationals to conduct additional events on the field including concerts, City of Fredericksburg sponsored events, and numerous other youth and community activities. With improved technology over the last several years, synthetic grass surfaces have become commonplace throughout collegiate and professional sports, with several MLB teams recently opting to go with Shaw’s B1K system, including the Arizona Diamondbacks and the Texas Rangers.