New Dominion Bookshop to celebrate release of The Sunken Forest 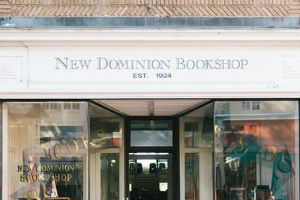 New Dominion Bookshop will host a book launch and signing with novelist R. Barber “Bob” Anderson on Saturday, Oct. 5, from 4:00 to 5:00 PM.

R. Barber Anderson’s debut novel, The Sunken Forest, will be released in early October. This event is free to attend.

About the Book: No one has ever come back alive from the Sunken Forest. Only a small clan of indigenous people—the last remnants of an ancient hunter-gatherer tribe, know of its existence. Yet to them, entrance into its dark interior is strictly forbidden. Now, rumors of a mysterious black lion have drawn outsiders. A billionaire big game hunter has arrived, hoping to track and shoot the lion, but as the extraordinary abundance of the forest unfolds before him, his mission expands. He must possess it all, and nothing will stand in his way. Nothing—until the arrival of the woman: Zora de Rycken. The Sunken Forest introduces us to a new kind of hero—one who is willing to risk everything to protect the natural world—and who uses the natural world as her most potent weapon.

Serving Albemarle and Central Virginia since 1924, New Dominion Bookshop is the oldest independent bookseller in Virginia. Located in Historic Downtown Charlottesville, New Dominion is a general trade bookshop that serves as the hub for readings and other literary events in the community. For more information, visit ndbookshop.com.