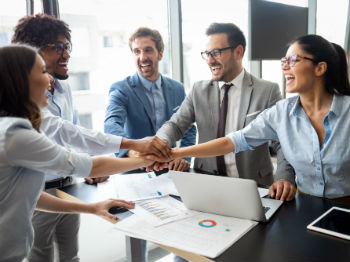 No matter the industry or ambition, making connections and seeking advice from the right people almost always plays a vital role in career progression. The majority of people know the importance of networking; however, many emphasizing its importance fail to outline the importance of doing so properly and therefore successfully.

It’s important to set aside the idea that networking involves meeting someone at a party and miraculously being offered a dream job. The realities of networking bring less instant, but still long-term, benefits. At the heart of it, networking is about consciously and slowly building up a list of contacts, while being a part of a mutually supportive group.

Networking is a professional skill like any other, meaning it takes time to cultivate and perfect. Being a successful networker requires an increased understanding of human interaction, business strategy and sales-based relationships.

For those who are less than outgoing, the thought of networking is likely to set teeth on edge. This is why it is often recommended to those attending their first networking event to go with a friend. This eliminates the fear of having to enter the room alone and will provide a sense of security when making introductions.

Having the right mindset can also really benefit those just starting to network. Many are uncomfortable with the concept because they assume that at its core, networking is self-serving and self-centered. In reality, successful networking allows mutually beneficial business relationships to flourish, often involving both parties giving up time and resources to help the other.