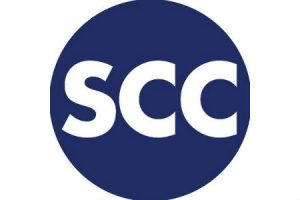 Angela L. Navarro was sworn in Tuesday as the 37th commissioner of the State Corporation Commission.

Navarro was appointed by Gov. Ralph Northam to complete the unexpired term of Mark C. Christie who became a member of the Federal Energy Regulatory Commission on Jan. 4.

Prior to being appointed to the Commission, Navarro served as deputy secretary of commerce and trade under Northam, where she worked on housing, small business, economic development, and energy policies.

She has also served as deputy secretary of natural resources for Northam and former governor Terry McAuliffe. In that role she advised each administration on land conservation, energy, and environmental policies.

Before entering government service, Navarro practiced law with the Southern Environmental Law Center. She led the organization’s energy efficiency practice across a six-state southeastern region and was the organization’s lead attorney on energy matters in Virginia.

Navarro holds degrees in business and English from the University of Florida and a law degree from Georgetown Law.

The other two SCC commissioners are Judith Williams Jagdmann, the current chair, and Jehmal T. Hudson, who was also appointed by Northam and took office in July.

Commissioners serve six-year terms. Both appointments are subject to confirmation by the Virginia General Assembly during its 2021 legislative session.