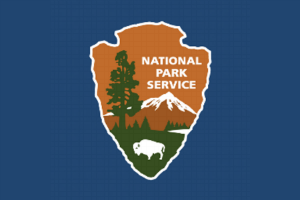 The National Park Service will celebrate its 104th anniversary on Tuesday by providing free entrance to all accessible NPS sites.

NPS will also observe the 100th anniversary of the 19th Amendment on Wednesday with a variety of engaging virtual events related to the suffrage movement.

“As we commemorate these two significant milestones, we reflect on and renew our commitment to the country’s conservation and civil rights legacies,” said Margaret Everson, Counselor to the Secretary, exercising the delegated authority of the NPS Director. “By recently signing the Great American Outdoors Act, President Trump enacted a commitment to address long overdue infrastructure and modernization needs in national parks. We encourage everyone to visit a park in person or virtually to discover more about the National Park System, the suffrage movement and the advancement of civil rights for all Americans.”

August 25 will be an entrance fee-free day to mark the anniversary of the 1916 establishment of the NPS. Enjoy the great outdoors and explore some of the country’s most iconic landscapes, including historical attractions, geological wonders, and breathtaking scenery. Begin your visit with a trip to NPS.gov for updated information, current conditions and tips on how to #RecreateResponsibly.

The NPS and numerous partners, including the Women’s Suffrage Centennial Commission, have developed special events, activities, and lesson plans to observe the 100th anniversary of the ratification of the 19th Amendment on August 26. This addition to the U.S. Constitution declared that the right to vote could no longer be legally denied based on gender. It was a watershed moment in the ongoing fight for equality, but it would take many more years before all women—and men—in the U.S. had equal access to the ballot.

Following are some of the ways to participate in the commemoration.

Forward Into Light! Buildings and landmarks across the country, including the Department of the Interior Building, the Bunker Hill Monument in Boston National Historical Park, the White House in President’s Park, and the Old Point Loma Lighthouse in Cabrillo National Monument, will be illuminated in purple and gold (the colors of the suffrage movement) on August 26. If you aren’t able to shed light on your house, you can post purple and gold-filtered images on social media and use #ForwardIntoLight, which was a popular rallying cry for the suffrage movement.

Download and decorate your own PURR-fect Suffrage Cat! In 1916, two suffragists on a long road trip to advocate for women’s rights adopted a kitten found along the way that became the unofficial mascot for the movement.

Hear the story of Grandmom’s magic sash! Two podcast series transport you back in time and recount the fight for women’s suffrage through great storytelling. “The Magic Sash” intended for tweens is hosted by Olympic gymnast Aly Raisman and contains bonus lesson plans. For teens and adults there’s “And Nothing Less: The Story of Women’s Fight for the Vote” hosted by actresses Rosario Dawson and Retta.

Earn a patch! Created in partnership with the Girl Scouts of the USA, features of the Girl Scout Ranger 19th Amendment Program include a limited-edition commemorative patch, activity guide, activity log, certificate and special awards.

Got a minute? Watch episodes of “Suffrage in Sixty Seconds,” a series of one-minute videos by rangers at Belmont-Paul Women’s Equality National Monument that highlight people who made women’s suffrage a reality.

Visit NPS.gov for more information about both anniversaries.