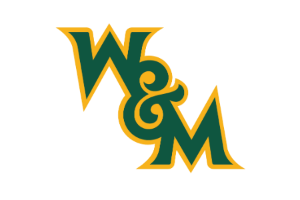 Bollinger, who has three seasons of Division I experience, joins the Green and Gold after recently being named to the 2019 National Association of Basketball Coaches (NABC) Under Armour 30-Under-30 Team.

“We are really excited to add Nate as our director of basketball operations,” Fischer said. “He possesses tremendous ability and has a variety of experience in college basketball that has prepared him to excel in this position. In addition to his work with our program, Nate will be a great team member in our department, on campus and within the Williamsburg community.”

Last season, Bollinger was an assistant coach at Saint Vincent College in Latrobe, Pa., helping the Bearcats to a 22-5 record and a Presidents Athletic Conference regular season title. In April, he was named to the NABC 30-Under-30 Team, which represents 30 of the most outstanding men’s college basketball coaches under the age of 30.

“I’m excited to join the William & Mary basketball program and grateful for the opportunity that Coach Fischer is giving me,” Bollinger said. “I look forward to getting to work with Coach Fischer and his staff!”

Along with going 14-2 in the PAC in 2018-19, Bollinger helped a trio of Bearcats earn all-conference honors, including the league player of the year Tom Kromka. Bollinger served as the team’s offensive and recruiting coordinators as well as ran team and individual film sessions at Saint Vincent.

Bollinger spent three seasons as the Director of Player Development at High Point University from 2015-18. In his first season in 2015-16, the Panthers compiled a 21-11 overall record and won the Big South regular season championship thanks to a 13-5 league ledger. HPU went on to participate in the National Invitation Tournament in 2016. Bollinger helped in mentoring five all-conference players and four 1,000-point scorers at High Point, including 2016 Big South Player of the Year John Brown, who was also an honorable mention All-American. He was heavily involved in all day-to-day operations with the team, which included scouting, video breakdown, skill development, recruiting and game/practice plans.