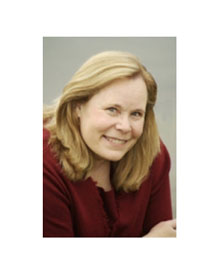 His deep voice and quick-firing speech left me uncertain and wondering if I’d understood his directions. It was clear he wasn’t going to repeat them. It was also clear he expected his new eighth grade class to quickly engage in his topic of choice – social studies. Mr. Jones intimidated me.

By the end of that hour, this no nonsense teacher was expounding on his standards and expectations for the year. And I understood it was not going to be the kind of class I was used to. For a shy thirteen year old, it was overwhelming.

Yet, I worked harder for Mr. Jones that year than I ever worked for any teacher. There was something about him that brought out the best in me. By the end of the year my feeling intimated had quietly morphed into feeling inspired. I learned to love his class, not because I loved the subject, but I loved how he made me feel: smart, curious, confident, and eager to learn.

Still, when Mr. Jones kept me after class the last week of school I was nervous, and then stunned, as I heard the faculty advisor for the yearbook ask me to be next year’s editor. “You can write and organize and lead,” he said matter-of-factly. “You’re a natural for the job.” No one ever told me before that I could do those things. That hot June day, Mr. Jones changed my life with his encouraging words. He saw in me what I never saw in myself. And the next year, as editor, he pulled from me abilities he knew I possessed.

That year, I learned more than how to edit the yearbook. I learned how encouraging words could change my self-view. Mr. Jones planted the seeds of possibility in my head. In a few words, he changed what I thought I could do or even be. I don’t know if Mr. Jones is the person who helped me become a writer. But I do know his encouraging words allowed me to harbor the thought that I could. And now, I am.

When someone believes in you, it changes you. They see in you what you don’t see in yourself. And they hold a mirror up to offer a glimpse of your reflection. Encouraging words open possibilities, increase determination, and awaken dreams. Mr. Jones and dozens of bosses, coaches, family, friends, and strangers have done that for me; their words impacting my life far beyond their encounter.

You see, in the scheme of things, encouraging words don’t have an expiration date. They have a lifetime shelf-life. I don’t remember much about eighth grade social studies, but I do remember a few words that nurtured my self-esteem and unveiled my talents. There are people who stomp out seeds of possibility and people who plant them. Being a planter and offering a few encouraging words of your own has one residual effect. You may never know the extent of your harvest.