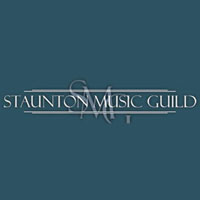 Dishman maintained a 3.9 grade point average at Wilson and will be attending James Madison University this fall. He is planning on majoring in Music Industry & Production. Like Ray Houser, Dishman has exhibited an understanding that the business side of a music career is import to success. In his submitted essay to the Staunton Music Guild Scholarship committee, Dishman expressed that an understanding of the business side can not only help one’s self, but can promote and help other musicians.

The SMG scholarship was created in honor of Ray Houser’s legacy in the Staunton area. After battling health problems for quite some time, the 85-year-old Houser died on May 30, 2012. He was however, able to attend the scholarship fundraiser in November 2011. Houser has been a memorable figure in the Staunton community since 1946 when he first started working in local radio. Born blind, Houser “miraculously” recovered his sight and went on to graduate from the Virginia School for the Deaf and Blind, performed in a dance band, ran several businesses, served on the boards for local non-profits, assisted with local concert series—all while hosting a variety of radio programs.

The Staunton Music Guild is a 501(c)(3) charitable organization whose mission is to support the performance and growth of music in the Staunton area through promotion, education and community outreach.  Showcases, scholarships and a variety of volunteer and promotional opportunities are on tap for 2012. Visit www.stauntonmusicguild.org for more information.