Motocross and the US market: Headed to a bright future 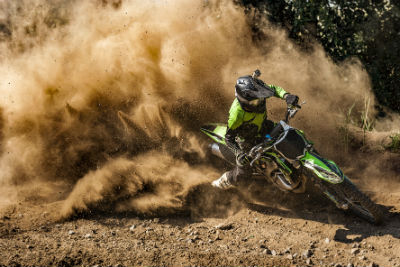 The origin of motocross can be traced back to the early 1900s in the UK where Auto-Cycle Clubs would host time trials. These trials evolved into regular off-road events called ‘scrambles’. These races saw heavy and rigid two-stroke bikes that had been modified for off-roading.

In 1972, a new sport came to life in America offering a different spectator experience quite unknown outside of Europe. With open arms, America embraced the AMA Motocross Nationals, a series that invited the bravest contenders and offered a spectator sport like nothing else.

Fast forward to the 21st century. Through decades of technological advancements, we now see a completely transformed business. Take for example bikes. They are much much lighter as well as faster, all thanks to a little tweak in science and engineering. They have now been designed with the sole intent of manoeuvring over rugged terrain, with suspensions which can withstand intense dirt track racing.

The popularity of motocross is skyrocketing across the world, with the United States taking large strides in the advancement. Today, the US hosts the largest number of dirt bike enthusiasts and hardcore motocross fans. The rising popularity of motocross can be attributed to the fast-paced bike rides, as well as the extreme risk that the sport involves. Nobody hates some fuel and fire as Metallica said, eh?

We all remember Bennett’s War, don’t we? The movie addresses larger issues, using motocross as a front. It represented the hope and aspiration of thousands of Americans who want to make it big in the motocross scene.

Remember Pastrana, right? A gem in the American motocross history. Well, this is what he says about the sport:

“With motocross, I’ve found that passion becomes your identity and that identity breaks all barriers.”

Pastrana knows the importance of good gear in this business. And so does every motocross enthusiast in the States.

In 2012, during an exclusive interview with L.A Times, Pastrana said that the motorcycling industry is worth a whopping $42 billion. Now imagine what the industry’s worth will be after 8 years. It’s now close to a $100 billion in valuation, with analysts predicting the market to go anywhere but upwards!

So what do these numbers have anything remotely to do with an average rider like you and me? Well, as it turns out, it does. The rise in market valuation means that an average dirt bike is going to get cheaper, with gear quality positioned to improve drastically.

The Global Motocross Gear Market is expected to grow by 7% during the projected period of 2019-2024.

In the US, prominent players in the manufacturing of gears are using Kevlar, Cordura and other best high-quality materials to provide maximum protection to the rider.

Motocross is a sport entrenched in American motorcycle culture. Thousands of fans attend major competitions to watch riders speed over jumps and around turns. Racers from the USA compete at the top levels of motocross. So what are you waiting for? Grab your gear, invite your friends up, and go for some adventure at your nearest MX track.