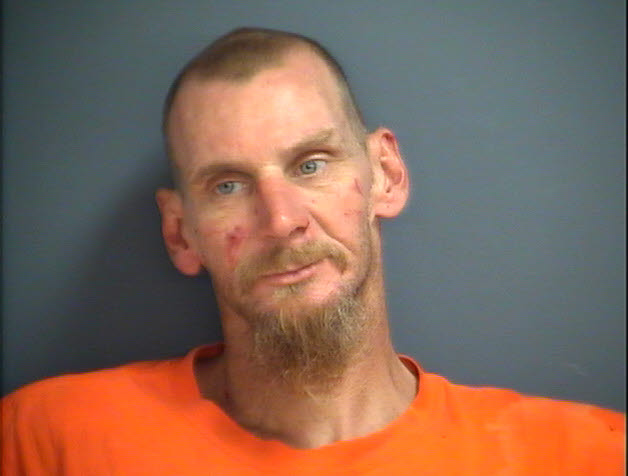 The Waynesboro Police Department arrested a man this morning after a domestic disturbance at a city motel got violent and spilled onto West Main Street. David Scott Holmes, 45 years old of no fixed address, faces two felonies, abduction and strangulation, stemming from the incident that started at the Royal Inn, 2112 W Main Street, and ended at Sheetz, 2156 W Main Street, where he was arrested.

At approximately 6 a.m., officers responded to the 2100 block of West Main Street for reports of a man and woman fighting.  Callers to 911 reported that the man was dragging the woman in the street by her foot.  When officers arrived, they found both subjects at Sheetz.

The victim, a 47-year-old Crimora woman, told officers that they had been staying at the Royal Inn and had an argument.  The argument got violent and the victim said she tried to leave but Holmes prevented her from do so.  The fight continued inside the room and she claimed that Holmes choked her until she blacked out.  Eventually, she was able to escape from him and ran from the room to the street with him chasing her.  That’s when she laid herself down in the street.  He tried to pull her back to the hotel.

Both of them had marks on their bodies indicative of a fight.  Officer arrested Holmes at Sheetz; the victim did not require medical attention.