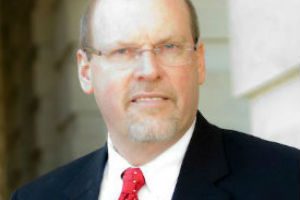 Government surveillance of a person’s communications has been a persistent fear in the modern age. The increased means at our disposal to interact with each other also increase the means for someone to read communications not meant for them.

In the book 1984, George Orwell foresaw intrusive personal surveillance as a tool of totalitarians. Fortunately, we do not live in a totalitarian state – at least not yet. Americans enjoy constitutional protections from unwarranted searches and seizures. But maintaining these protections requires vigilance: vigilance by congressional oversight, and vigilance by each one of us.

Every citizen deserves protection from any overzealous government actions.

Events in recent years have shown that U.S. security agencies sometimes lack the regard for privacy and due process that must accompany the trust we bestow on them of surveillance powers. At best, some personnel have been sloppy with procedures. At worst, they have shown more interest in pursuing targets they dislike than obeying the law.

The Federal Bureau of Investigation (FBI) made outrageous mistakes in its investigation of President Trump’s campaign in 2016. A Department of Justice (DOJ) inspector general’s report issued late last year detailed clear lapses; U.S. Attorney John Durham continues to investigate whether any of those lapses rose to the level of crimes.

But problems with surveillance go beyond the injustices committed against the 2016 Trump campaign, and concerns about surveillance abuses can be found on the other side of the aisle as well.

On August 28, Congresswoman Anna Eshoo (D-CA) sent a letter to the Director of National Intelligence and the Director of the National Security Agency (NSA) expressing concern about revelations regarding Edward Snowden. You may recall that Snowden, a former national security contractor, revealed classified information in 2013 on the details of federal surveillance programs.

A new book by one of the journalists to whom Snowden leaked information makes disturbing new claims. Snowden said that he used NSA surveillance tools to search a congressional email account. The contractor also claimed to have wiretapped communications from Members of Congress and the Supreme Court. His claim was false, but only because he could not find personal email addresses for these officials.

Congresswoman Eshoo asked in her letter for more information about the extent of surveillance done in the past ten years by the intelligence community on legislative and judicial branch personnel.

I believe she is right to be concerned about these revelations and to demand answers. It is disturbing to think that in our system, one branch of government would use its power to spy on the others, let alone that a hired contractor would be able to do so.

Congress is charged with oversight of executive branch activities, including the security agencies. The intelligence community permitting casual surveillance of Members of Congress by its personnel, and even contractors as the Snowden allegations indicate, would be a dangerous inversion of the Constitution and threaten to insulate the security agencies from meaningful accountability.

Illegal surveillance of a presidential campaign or a Member of Congress raises concerns not because these individuals deserve more privacy than the average citizen but because if they can be victims of illegal surveillance, what protections do citizens truly enjoy?

As a follow-up to the report on mistakes made during the investigation of the Trump campaign, the DOJ inspector general audited 29 applications for warrants by the FBI to conduct surveillance on American citizens under the Foreign Intelligence Surveillance Act (FISA). The inspector general found problems with every application.

U.S. Attorney General William Barr recently issued instructions to reduce the possibility of FISA abuses. One change will require more rigorous internal auditing at the FBI. Another will encourage investigators to first warn federal elected officials, candidates for federal elected office, or staff that they might be targeted by foreign governments before seeking a FISA warrant.

Throughout my time in Congress, I have called for more protections for American citizens from surveillance. I am encouraged by the Attorney General’s changes, but they cannot be the end to reform. We need permanent changes in order to assure that due process and privacy are protected.