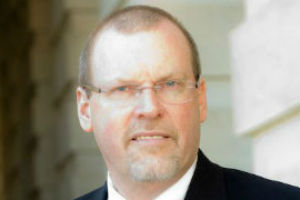 Setting an agenda means setting priorities. Based on the agenda of the U.S. House of Representatives, apparently marijuana is a priority of Speaker Nancy Pelosi (D-CA).

It must be so, because on December 4 she used some of the little legislative time remaining in this Congress to bring up H.R. 3884, the Marijuana Opportunity Reinvestment and Expungement Act of 2019. H.R. 3884 not only decriminalizes marijuana, but expunges previous marijuana convictions and permits taxpayer dollars to be used in support of the marijuana industry and convicted drug dealers.

I doubt the constituents we represent in the House believe this measure to be such an urgent concern amid the current pandemic and economic downturn.

To be sure, I am supportive of changes to current federal drug laws. I support medicinal marijuana and further research into the effects of marijuana use, which the present laws and regulations make difficult to pursue. I have introduced legislation and worked with colleagues on both sides of the aisle to achieve these goals.

But with few legislative days remaining in this Congress, now is certainly not the time to focus on full-blown marijuana legalization. Further, H.R. 3884 goes way too far in the other direction from the restrictions currently in place.

In light of the fact that the bill was taken up so late in the Congress and with little chance of becoming law, H.R. 3884 appears to be more of a messaging bill than a serious attempt at legislating. But what kind of message is sent by its provisions?

Consider how it handles marijuana convictions. Any prior conviction for non-violent federal marijuana offenses are expunged, and courts are required to conduct resentencing hearings on any federal convictions that included marijuana as part of the underlying offense apart from crimes of violence. For example, if an individual was convicted of embezzling from a bank but was in possession of marijuana when arrested, he or she could be eligible for resentencing.

This would create tremendous strain on the court system, occupying its time and resources with thousands of resentencing hearings rather than more important business.

Prior marijuana convictions could also not be considered in denying any federal public benefit, granting security clearances, or in regard to immigration laws. So the individuals recently caught in Connecticut with a rental truck carrying an estimated $15 million worth of marijuana, as an example, could benefit from these provisions.

Not only are these offenses expunged, but H.R. 3884 creates an “Office of Cannabis Justice” in the Department of Justice. The task of the new office would be to administer a grant program providing services to individuals convicted of marijuana-related offenses.

Changing the laws should not mean directing taxpayer dollars to individuals convicted of breaking the law or require federal grants and loans for the marijuana industry.

We still do not have enough data on the effects of marijuana use. This has long been a concern of mine, and why I have introduced or cosponsored bills that would make research on possible effects easier.

Just in September, a bill I cosponsored, the Medical Marijuana Research Act, advanced out of the House Energy and Commerce Committee. I had introduced versions of it in previous years and am glad to see it progress now. A floor vote is anticipated this month, a fact I appreciate but which makes little sense considering the vote on H.R. 3884.

H.R. 3884 leapfrogs over more careful measures, disregarding public health consequences. It deschedules marijuana entirely from the list of scheduled substances under the Controlled Substances Act instead of moving it to another schedule that more appropriately assesses the risk of use.

Earlier this year, the House rushed to ban flavored tobacco products and vaping after a spate of sicknesses. Most of the people who fell ill were vaping products that contained THC, the psychoactive ingredient in marijuana. Yet H.R. 3884 takes no action to ban flavored marijuana vapes, or generally to prevent marijuana use among young people.

H.R. 3884 would introduce more problems than it solves at a time when our attention is best directed to other topics.

My position on marijuana remains the same: legalization for medicinal purposes and loosened restrictions for research. I am ready to work with Democrats and Republicans to achieve these goals and more generally to rationalize federal policy at a time when more states are opting to legalize marijuana to various degrees. The path away from the perplexing current state of marijuana policy need not lead to the reckless policy regime created by H.R. 3884.