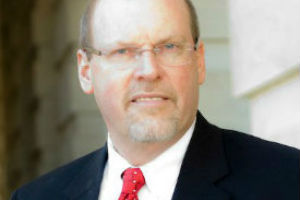 Active U.S. involvement in the war began on December 7, 1941, with the surprise attack on Pearl Harbor by Imperial Japan. Ultimately, 16,112,566 American servicemembers participated in the war against the Axis Powers of Nazi Germany, Fascist Italy, and Imperial Japan. They saw action around the globe, waging a war of liberation against some of the vilest totalitarian regimes in history.

The war in Europe ended on May 8, 1945, with the surrender of Nazi Germany. Japan, however, fought on. The battle on the Pacific island of Okinawa, which had started on April 1, continued to rage, as naval forces braved an onslaught of kamikaze missions from the sky and the Allied troops who had landed on the island battled inch by inch. Only on June 22 would the battle end, after American forces had suffered 49,000 casualties.

Many Americans feared that this horrendous toll would be exacted over and over when the Allies eventually invaded Japan itself. To foreclose such an outcome, President Harry S. Truman ordered for the first and last time in history the use of atomic weapons. After Hiroshima and Nagasaki had been destroyed, Japan’s leaders finally saw the writing on the wall.

They announced their surrender on August 15, 1945, although in the United States the date was still August 14. The United Kingdom celebrated Victory Over Japan (V-J) Day right after the surrender, and some of the greatest celebrations in our country took place then as well. But the formal surrender only occurred weeks later, after a fleet of over 250 Allied ships had entered Tokyo Bay and General Douglas MacArthur arrived to oversee the occupation of the defeated country.

The surrender took place on the battleship USS Missouri, the namesake of President Truman’s home state. Flying above the ship was the American flag that had flown over the U.S. Capitol on December 7, 1941, when Pearl Harbor was attacked.

Japanese officials signed the instrument of surrender as Allied officers, including several who had endured Japanese prison camps for years, looked on. Then the Allies signed, and MacArthur pronounced the war at an end: “Today the guns are silent. A great tragedy has ended. A great victory has been won.”

The U.S. Department of Veterans Affairs last November estimated that 389,000 veterans of World War II still live in our country, and the number has surely decreased since then. As I write this column, I look forward to honoring Buck Powell, whom is among the last World War II veterans living in the City of Martinsville, in a ceremony on September 2. We owe all of them a debt of gratitude, and we honor the memory of those who are gone, for the victory over tyranny they won.

The coronavirus pandemic has upended the way we gather together, putting a halt to or significantly altering how we attend events such as sporting events, community festivals, and concerts. One group of events that I am personally sorry to see altered are the national party nomination conventions. The two major parties each held theirs in August without the usual large gathering of delegates and other attendees from across the country.

I have attended several in the past. Their highlights to me were not the big speeches but the chance to meet with other attendees from all over the country off the main stage.

In 1992, I arrived early at an event because I thought I would have trouble getting a seat. As it turned out, more attendees wanted to attend a concert with a notable rock band taking place at the same time, so I had no trouble finding a seat with a few dozen attendees to hear former President Gerald Ford, former Secretary of State Henry Kissinger, and former Senate Majority Leader Howard Baker (R-TN) discuss foreign policy.

I look forward to the future revival of this great American political tradition, as well as the eventual return of the many events that mark our lives in our communities and country.