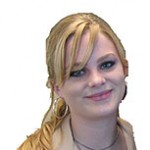 Morgan Harrington was last seen alive outside the John Paul Jones Arena in Charlottesville the night of Oct. 17, 2009. We’re nearing the six-month mark since her disappearance, and are still not any closer to learning what led to her death.

“We are still encouraging the public to come forward with relevant information concerning Morgan Harrington,” said Virginia State Police Lt. Joe Rader, who has been heading up the Harrington investigation.

Harrington went missing during a Metallica concert at JPJ. She was last seen alive outside the arena at approximately 9:30 p.m. on the Copeley Road bridge near Ivy Road hitchhiking for a ride.

An Albemarle County landowner discovered Harrington’s body in a field on his 700-acre farm on the morning of Jan. 26, 2010. The Office of the Chief Medical Examiner ruled the manner of death as a homicide. The cause and time of death remain under investigation.

Recently completed testing by the Virginia Department of Forensic Science confirmed that a black T-shirt discovered Nov. 11, 2009, in the city of Charlottesville is the one Harrington was last seen wearing the night of the concert. The T-shirt, with the word “Pantera” spelled out in tan letters across the front, was discovered by a Charlottesville resident on Nov. 11, 2009, and turned over to investigators. The T-shirt was found on 15th Street near the intersection of Grady Avenue.

In addition, the team of investigators from the University of Virginia Police, Albemarle County Police, Charlottesville Police, Virginia State Police and the FBI assigned to the case has made substantial progress in evaluating countless possibilities and scenarios related to the circumstances surrounding Harrington’s disappearance and death.

“As this investigation continues to progress, factual details are more helpful and important to investigators than theoretical abstracts. It’s going to take that one courageous phone call to Crime Stoppers from someone who knows something firsthand about this case that will be the key to linking together the evidence and data collected to date,” Rader said.

Calls can also be made to local police or the Virginia State Police Tip Line at 434.352.3467 or e-mailed to the State Police at bci-appomattox@vsp.virginia.gov.