Mobile slot players on the increase: The end of traditional gaming approaching 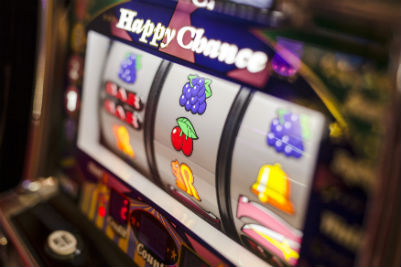 When Charles D. Fey first unveiled his Liberty Bell slot machine back in the late 1800s we are pretty sure he would have never expected his invention to slowly become the world’s most popular gambling game in the century or so that followed. Although slot machines were approaching some serious levels of fame by the 80s with video slots, it wasn’t until the online slots explosion of the 21st century that their potential could genuinely be reached.

It really is crazy how well online slots have ended up doing over the last century too, as the industry has erupted into the public eye with a crazy amount of profit turnover in the 21st century. Many people forget about the incredible impact that mobile slots had on the world upon their release, however, and it isn’t outlandish to say that online slots in general would have been way less popular if it wasn’t for the mobile casino market. Read ahead for a discussion on this topic.

A world before mobile slots

Don’t get things twisted; the online slot industry was doing pretty damn well even before the emergence of mobile slots, with several developers such as Microgaming, Eyecon and NetEnt all proving instrumental in pushing things forward. In fact, without these early innovators mobile slots wouldn’t have existed, as these developers were crucial to the development of early mobile slots.

Back before around about 2010 all online slot gamblers simply had to spin the reels from their desktop computers or laptops, something that was still much easier than gambling in a casino, but certainly not as easy as gambling using your mobile device.

What are mobile slots?

So then, what are mobile slots? Well, the simplest explanation is that mobile slots are online slot games that are made to work seamlessly on modern smartphones such as the iPhone or a range of Android devices. A crucial stepping stone in the pursuit of mobile slots was the use of HTML5 technology, something that made it possible to render the games in a smooth and aesthetically pleasing manner.

The most popular thing about mobile slots is the fact that gamblers can play them from quite literally anywhere, ensuring they have an adequate phone connection of course. This means that they can be played on the way to work, for instance, or even whilst you are shopping in the supermarket.

Another popular hallmark of mobile slots is their colourful, clear and vibrant graphics. These are designed to draw new gamblers in and make it easier for current gamblers to see what is going on on the smaller screen.

Is the end of traditional slot gambling approaching?

Mobile slots have definitely led more people away from traditional casino slot gambling, simply because it is much easier to play off of your phone.