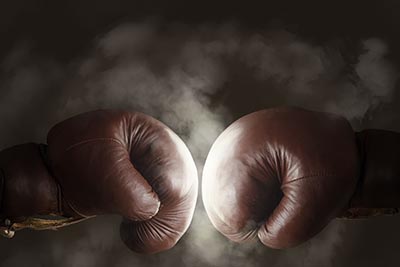 Mike Tyson is back. Tyson will return to the boxing ring for the first time in over 15 years when he battles fellow legend, Roy Jones Jr., in a pay-per-view event taking place at STAPLES Center on Nov. 28.

Tyson is now 54 years old.  His last competitive boxing match was a loss to Kevin McBride back in 2005, when Tyson was just under 39 years of age.  The last few years of Tyson’s boxing career where not anything special, with his last title win actually coming all the way back in 1996.  Even being two decades removed from his boxing career, Mike Tyson says that the gods of ware have reawakened him, and he wants to get back in the boxing ring and compete.

After Tyson decided he wanted to return to the ring, the next step was finding him a suitable opponent.  Enter Roy Jones Jr.  A boxing legend himself, with a record of 66 wins and 9 losses, Roy Jones Jr. is 51 years old.  The different with Jones is that he is only two years removed from competitive boxing, having defeated Scott Sigmon to win the WBU German cruiserweight title in February of 2018.  Jones did retire following that fight, but he kept the door open teasing a potential boxing match with MMA star Anderson Silva, so it’s likely that Jones has stayed in shape in the years following his last fight.

Tyson has looked very good in the clips he has shared on social media.  He is also the one who initiated the fight and seems extremely committed to the comeback.  That said, Jones Jr. is a boxing legend himself, who is not going to lay down for anyone in the boxing ring.

If you want to get money down on the fight check out the how to bet on Tyson vs Jones Jr. article at HowToBetUSA.com.  It will walk you through the steps from opening an account with an online betting site to placing your Tyson vs Jones wager.

One thing is for sure, there will be a lot of interest in the fight, and I expect the pay-per-view to do very well.  Mike Tyson is one of the biggest stars in boxing history, and I fully expect plenty of viewers to pay the $49.99 and tune in to see the return of Iron Mike.