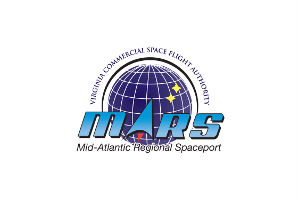 The 14th cargo resupply mission to the International Space Station successfully launched today at 9:16 p.m. from the Mid-Atlantic Regional Spaceport Pad 0A located on Wallops Island.

The mission, designated NG-14, is a partnership of the Virginia Commercial Space Flight Authority, NASA Wallops Flight Facility, and Northrop Grumman. A launch attempt on October 1 was aborted due to a ground software issue that has been resolved.

Northrop Grumman’s unmanned Cygnus spacecraft launched on the company’s Antares rocket, carrying approximately 7,624 pounds of cargo that includes scientific investigations, crew supplies, and hardware. The Cygnus spacecraft has been named in memory of Kalpana Chawla, who made history as the first female astronaut of Indian descent and was a member of the Space Shuttle Columbia crew.

Northrop Grumman traditionally names each Cygnus after an individual who has played a pivotal role in the legacy of human spaceflight.

This is the second time a spacecraft has been named after a member of the STS-107 mission aboard the Space Shuttle Columbia.

“This important mission honors the legacy of Kalpana Chawla, who dedicated her life to advancing the frontiers of science through spaceflight and made the ultimate sacrifice,” said Governor Northam. “The critical equipment and scientific experiments aboard this spacecraft will improve the endurance and safety of astronauts during their long journeys to space and support our efforts to better understand the universe we live in. Strong partnerships are the key to successful missions, and the Commonwealth is proud to work together with our government and commercial partners to help shape the future of space exploration.”

NG-14 is the twelfth successful Antares launch from the Mid-Atlantic Regional Spaceport Pad 0A, which serves as the homeport of the Northrop Grumman Antares launch vehicle. The Commonwealth built the $120 million launch pad to accommodate the Antares 230+ rocket configuration and Cygnus spacecraft.

This will be the third mission under Northrop Grumman’s Commercial Resupply Services-2 contract with NASA, for which the company will fly a minimum of six missions to the International Space Station through 2024. Launch pad modifications in 2019 made it possible to accommodate the loading of time-sensitive experiments into the Cygnus spacecraft up to 24 hours before liftoff, shortening the previous four-day pre-loading requirement.

This is the third official mission to use this late loading capability, which has made the facility eligible for missions that include life science investigations in the payload.

“Over the past quarter century, Virginia Space has built world-class infrastructure on Wallops Island to support critical scientific research and space exploration for generations to come,” said Secretary of Transportation Shannon Valentine. “The great collaboration among the Commonwealth, Virginia Space, NASA Wallops Flight Facility, and Northrop Grumman continues to expand the potential of this strategic national asset.”

The Cygnus spacecraft will be filled with nearly 8,000 pounds of supplies and payloads, including critical materials to directly support dozens of the over 250 science and research investigations that will occur during future expeditions. The scientific investigations launching on Cygnus are part of commercial and academic payloads across a variety of disciplines, including:

The Cygnus spacecraft will arrive at the space station Monday, October 5 and will remain attached to the space station for about two-and-a-half months. It will then depart the station, and Northrop Grumman will complete two secondary missions. The Northrop Grumman SharkSat payload, mounted to Cygnus, will collect data about the performance of new technologies in low Earth orbit. In addition, the Saffire-V spacecraft fire safety experiment will be conducted. Once these experiments are complete, the spacecraft will deorbit.

Due to the 24-hour cargo load capabilities, crew treats included in the cargo were garlic, fresh fruits and vegetables, cake bites, dark chocolate covered cranberries, hot chocolate, praline pecans, chorizo, and a variety of sausage and cheeses including smoked gouda.

“I continue to be impressed by the tireless and forward-leaning efforts of Northrop Grumman, Virginia Space, and NASA Wallops Flight Facility to launch the NG-14 mission and every mission from the Mid-Atlantic Regional Spaceport,” said Dale Nash, CEO and Executive Director of Virginia Space. “Despite the operating challenges presented by COVID-19 as employees prepared Pad 0A, the range, and the Antares 230+ rocket, team members worked cohesively to reliably provide another round of supplies to the International Space Station.”

The Virginia Commercial Space Flight Authority (Virginia Space) is a political subdivision of the Commonwealth of Virginia. Virginia Space owns and operates the Mid-Atlantic Regional Spaceport (MARS), the MARS Payload Processing Facility, and the MARS Unmanned Systems Test Range. The facilities are all located on the NASA Wallops Flight Facility on the Eastern Shore of Virginia, where their mission is to provide low-cost, safe, reliable, and “schedule-friendly” access to space and secure facilities for testing unmanned vehicles for integration into the National Air Space.

Virginia continues to play a key role in national security and assured access to space, as one of only four states in the United States hosting a spaceport licensed by the Federal Aviation Administration (FAA) to launch spacecraft into orbit or on interplanetary trajectories.