Michael Luisi on the rise and fall of television 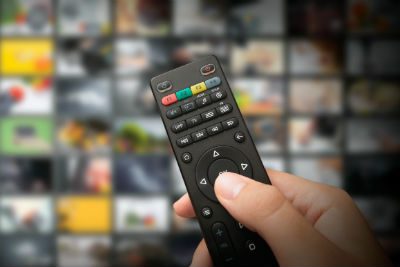 It is widely thought that the 2010s are a new golden age of television. High-quality original programming is being produced by a wide variety of broadcast, cable, streaming, and pay-TV networks. This high level of competition has caused television studios to create many innovations to continue to draw viewers.

Michael Luisi, a California-based film producer, explains the shifting landscape of the television world and explores some of the current trends.

The average budget of a television series is rising. The Crown, one of the most expensive series on television, cost $130 million for one season. Streaming and cable networks are only able to produce such expensive programs because they are gaining increasingly loyal viewers. They are also driving consumers to subscribe to their networks in order to see the best shows.

The Rise of Television

Television had its origins in the late 1940s, when a handful of networks began broadcasting live programming in black and white. Innovations in broadcast technology in the 1940s facilitated the transition from completely live programming to recorded shows. This gave some stability to the viewing experience, but it took away from the spontaneous and lively nature of live television.

There were three networks when television started: NBC, ABC, and CBS. These networks were joined by PBS in the 1960s and Fox in the 1980s.

Pay-TV began to influence the television market in the 1970s and 80s. Pay-TV networks like Cinemax and HBO focused on movies when they were first getting started. Soon, they developed their own original programming that ran alongside hit movies from Hollywood. HBO also ran live boxing coverage, bringing a unique sporting experience to the cable viewer.

Since pay-TV was not regulated by the FCC, providers were able to show not only R-rated movies but also other programs of a mature nature. Customers appreciated the focus on adult viewers.

Segmentation of the Market

During the 1980s, a seismic shift in the television landscape began. According to producer Michael Luisi, different cable networks began serving increasingly small niches of the population. For example, Nickelodeon became a popular children’s network. Prior to this change, Luisi believes that broadcast networks and PBS dominated children’s programming. Increasing competition with cable networks drove networks to greater creativity, producing such classic shows as Cheers and Dynasty.

In the 1980s and 1990s, television networks continued to diversify. Furthermore, according to Michael Luisi, reality television began to make an impact in the 1990s with such shows as The Real World. Entire networks like the Food Network were created to run non-fiction and reality programs.

Consumers’ attention was drawn away from network programming and toward pay-TV and cable options. This drove competition and made the overall quality of broadcast and cable shows better.

Television audiences tended to split by gender and age, claims Michael Luisi. Sports programs were loyally watched by men, while women consumed entertainment and lifestyle channels. Children were able to receive a great variety of targeted programs compared to the 1980s and earlier decades.

The Rise of News

Before the 1980s, broadcast news centered around the local and network nightly news model. For the most up-to-date news, viewers needed to wait for these established broadcast hours. Special reports did break into television when necessary.

CNN was the first major news network. When it began broadcasting 24 hours a day, it changed the news cycle. Viewers could then follow a story across the course of an entire day rather than waiting for the evening news. This caused a major change in how stories were reported. CNN created its own market, and it was later followed by competitors like Fox News and MSNBC.

Older viewers had a special interest in 24-hour news channels. This is a trend that persists to the 2010s.

In the early 2000s, Netflix began as a subscription program offering DVDs by mail. The model was highly successful, and customers enjoyed renting DVDs without the hassle of late fees. Netflix was one of the reasons for the downfall of the traditional video store.

Netflix began streaming video in 2008. Through gaming consoles and smart TVs, Netflix was poised to make a huge impact on the television industry. Netflix got its start by showing movies and television shows from different studios. Hulu and Amazon Prime also entered the market and achieved a high level of success.

Streaming represented another major shift in the television viewing habits of the American consumer. Pay-TV, network, and cable channels were all worried about the impact that video on demand would have on their bottom line. These channels began to compete for viewership as never before.

Another phenomenon that came about due to the rise of Netflix and other streaming services was that of the “cord cutter.” Cord cutting involves dropping a cable subscription and switching to Internet streaming services only. A host of systems sprang up to serve this need, including Roku and Chromecast.

Cord cutters are a larger part of the television market than anyone anticipated. Pay-TV providers saw their subscriber count go down by 3.7 percent in 2017. Cord cutters cite the high costs of cable TV as the primary reason they switched to an Internet-only model, but they are also interested in the high-quality programming that is available today.

The next big thing in streaming TV is the rise of the network streaming platform. Disney+, HBO Max, and Peacock are poised to make a huge impact on the television landscape, as they take popular shows and movies from Netflix and show them on their own platforms.

Michael Luisi encourages all television viewers to keep close tabs on the industry to make sure that they are receiving the best programming for their needs. Whether they choose to subscribe to traditional cable channels or go with cord cutting, they will be able to find programming options to inform and entertain the entire family.