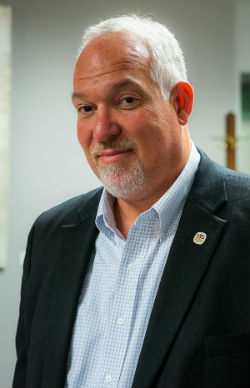 Murphy, 47, joined the City of Charlottesville staff in 1995 working in Community Attention. He served as Director of Community Attention beginning in 2003 and became Director of Human Services when the department was established in 2010. Mr. Murphy assumed the role of Interim Assistant City Manager in March of 2015 and was promoted to Assistant City Manager in August 2015.

“Mike Murphy has over 20 years of experience in the City and we are lucky to have him at the helm during this critical period,” said City Councilor Heather Hill. “Council is very pleased that he has stepped up to the challenge.”

Charlottesville City Council will hold a public hearing related to the search for the next permanent City Manager at its August 6, 2018 meeting which starts at 6:30 p.m.

Council is dedicated to an extensive and thorough community outreach process over the next four to six months and they have retained Springstead-Waters to assist the City in the recruiting process.

“I greatly appreciate the support of City Council and their confidence in me,” said Murphy. “I look forward to giving back to the organization and the community in this new role.”

Over the previous six months, Murphy has been heavily involved in the City’s preparations for the August 10-12 weekend that marks the anniversary of last summer’s tragic events in Charlottesville.

“I am very confident in our leadership team and in the preparations we have taken to ensure public safety during August 10-12,” said Murphy. “Our state and regional partners have done a tremendous job working together to develop a single unified plan that we believe will keep people, businesses and property safe. I expect our City to showcase its resilience that weekend and into the future.”