Meadow Stable founder to be inducted into hall of fame

Christopher T. Chenery will be inducted into the National Racing Hall of Fame for his work founding Meadow Stable in Caroline County and establishing bloodlines that produced the legendary Triple Crown champion Secretariat.

Chenery will be inducted as one of the “Pillars of the Turf” at the hall of fame in Saratoga, N.Y., on Aug. 2. 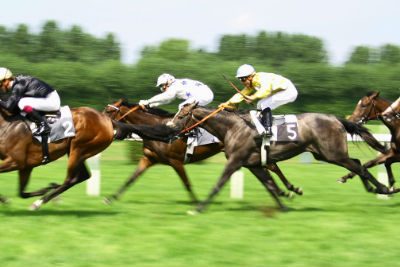 A Virginia native, Chenery attended Randolph-Macon College and graduated from Washington and Lee University in 1909. A horseman and self-made millionaire, he purchased his ancestral homeplace, The Meadow, in 1936. The property is now The Meadow Event Park, which is owned and operated by Virginia Farm Bureau Federation.

In 1939 Chenery bought his foundation mare, Hildene. She produced Hill Prince, the stable’s first champion, who won over $400,000 and was named 1950 Horse of the Year. Hildene, along with other famous Meadow mares such as Imperatrice, Iberia and Somethingroyal, launched a racing dynasty in pursuit of Chenery’s dream of winning the Kentucky Derby.

That dynasty included three Derby contenders: Hill Prince in 1950, First Landing in 1959, and Sir Gaylord in 1962. They distinguished themselves in many ways, but none won the derby.

In 1962 a Meadow Stable filly named Cicada won the Kentucky Oaks, the fillies’ derby, and held the title of top money-winning filly in the world for nearly a decade with over $783,000 in earnings.

In 1968 Chenery’s daughter Penny took over Meadow Stable after his health declined. In 1972, a bay colt named Riva Ridge won the Kentucky Derby. Chenery was lucid enough to understand that his dream had finally come true. He died in January 1973, just months before Secretariat became the first horse to win the Triple Crown since Citation in 1948.

Since 1919, only 13 horses have won the Triple Crown. In the past century, only Secretariat of Chenery’s Meadow Stable broke all three track records; his records still stand today.