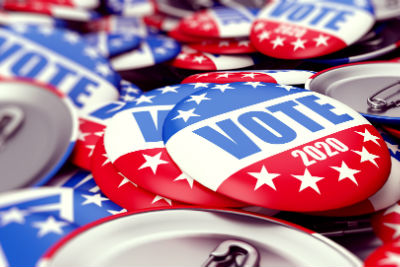 You might have have read today that President Trump, just yesterday, tried to pressure Brad Raffensperger, the secretary of state in Georgia, to find enough votes to overturn the Georgia presidential election result.

No matter that overturning Georgia still leaves Trump in arrears in the Electoral College.

Credit to Raffensperger to rebuffing the eff out of Trump.

Fourth District Democratic Congressman Donald McEachin spared no quarter in his comment on the substance of the call.

“President Trump has already made clear that he does not respect the will of the American people, but his desperate attempts to overturn our country’s free and fair elections grow more concerning by the day,” McEachin said in a statement Sunday night.

More from the statement:

“After multiple recounts, state certifications and the Electoral College vote, it is a fact that in November, Georgians and Americans elected Joe Biden and Kamala Harris in a landmark popular vote and electoral victory to be our next President and Vice President.

“The lengths the President has traveled in his assault on American democracy to retain power are irrefutable and criminal. By pressuring Georgia Secretary of State Brad Raffesberger to arbitrarily change certified vote totals in an attempt to overturn his loss, Trump has again proven himself to be an unparalleled threat to our democracy, and his behavior demands a criminal investigation to protect the sanctity of our nation’s electoral process.

“There is no time to waste. We must act now.”

Following is a statement from Seventh District Democrat Abigail Spanberger:

“In this call, the President demonstrated a clear abuse of power and a desire to overturn the will of the people to his own personal benefit and self-interest. At a time when the foremost focus of the President should be on the pandemic that is killing thousands of Americans each day, he is instead choosing to undermine our democracy. That is an abhorrent dereliction of duty, but thankfully, his outrageous quest to throw out the results of a fair election has repeatedly failed.

“Last year, we witnessed how Virginia’s dedicated poll workers – many of them community volunteers – rose to the challenge of administering a record-turnout election during a pandemic. Their actions – not the behavior of this President – should be the example of American democracy we wish to show to our citizens and all allies of freedom around the world.”