McClellan vows to make protection of reproductive rights a priority 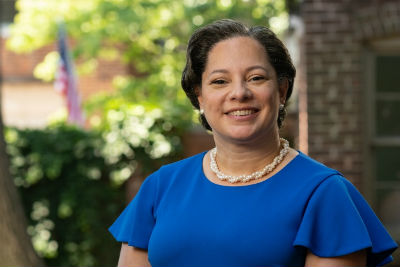 State Sen. Jennifer McClellan said Friday she would make a constitutional amendment on reproductive healthcare and rights a priority of her gubernatorial term.

McClellan (D-Richmond) is among the crowded field of candidates vying for the 2021 Democratic nomination for governor.

She pledged today to work with advocates to advance legislative and other actions to strengthen protections for reproductive rights during the 2021 session and beyond.

“With the prospect of a right-wing Supreme Court, Virginia must take action to protect Roe v. Wade and remain a national leader on protecting reproductive rights,” McClellan said. “I will continue to fight to protect Virginians’ reproductive freedoms even if Roe is overturned, including fighting for a constitutional amendment. Virginia will stand up to protect reproductive health in the face of Donald Trump’s attempts to pack the Supreme Court.”

More than a dozen states have codified Roe v. Wade protections or have existing constitutional protections. Codification of Roe V. Wade would protect abortion access in Virginia, which remains an issue in particular for low-income, LGBTQ and Black and Brown people.

A constitutional amendment would create more permanent and bold solutions to enshrine the tenants of Roe v. Wade, constitutionally protect bodily autonomy, and to get reproductive health care out of the Virginia criminal code.

In the 2020 General Assembly session, McClellan carried the Reproductive Health Protection Act, along with Del. Charniele Herring (D-Alexandria), which made Virginia the first state in the South to proactively protect access to abortion care.

The RHPA removes medically unnecessary restrictions for a patient seeking access to safe and legal abortion, including mandatory ultrasounds, 24-hour waiting periods, and targeted regulation of abortion providers (TRAP) laws that require abortion providers to be regulated like hospitals.

McClellan was a leading opponent of these restrictions when they passed the House, giving a speech on the House floor in 2012 using her personal copy of “What to Expect When You’re Expecting.”

“Virginia advocates have worked too hard to roll back years of ideologically driven laws that harmed reproductive health,” McClellan said. “I will not allow those advances to be taken away from Virginians again.”