McClellan to get out the vote in Norfolk, Prince William County 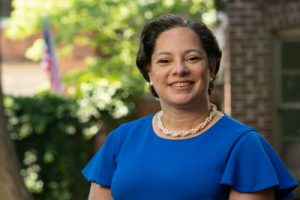 State Sen. Jennifer McClellan will campaign this weekend to get out the vote for House of Delegates special elections in Norfolk and Prince William County.

McClellan, a candidate for the Democratic nomination for governor in 2021, will participate in a get-out-the-vote lit drop at noon on Saturday in Norfolk with Angelia Williams Graves’ campaign for delegate.

On Sunday at 1 p.m. in Dumfries, McClellan will participate in a lit drop with Candi King’s campaign for delegate.

Both Graves and King will be on the ballot for special elections on Tuesday, Jan. 5.