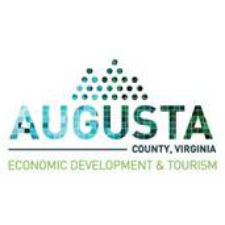 Governor Terry McAuliffe announced today that McKee Foods Corporation will invest $34 million to expand production at its manufacturing facility in Stuarts Draft in Augusta County. Virginia successfully competed against Arkansas for the project, which will create 54 new jobs.

Speaking about today’s announcement, Governor McAuliffe said, “We are proud that for 24 years Virginia has remained a part of the success story of an industry leader producing snacks that are household names across the country. McKee Foods is a vital contributor to the economy of Augusta County and the Commonwealth. The Stuarts Draft plant, one of the most modern facilities in the baking industry, currently employs more than 1,000 Virginians in the region, and with this outstanding project will add more than 50 new jobs. Outcompeting other states and countries for high-tech manufacturing projects is key to building a new Virginia economy. My administration stands ready to help McKee Foods continue to capitalize on Virginia’s outstanding business climate, our world class workforce and our unrivaled access to global markets.”

“McKee Foods’ manufacturing operation in Augusta County has thrived for 24 years, and with this tremendous investment and expansion will continue to produce new products and increase efficiency and productivity,” said Maurice Jones, Virginia Secretary of Commerce and Trade. “The company has continued to re-invest in its Stuarts Draft operation over the past decades, and this expansion is a great testament to McKee’s commitment and success in Augusta County and in the Commonwealth.”

McKee Foods, a family bakery with annual sales of about $1.2 billion, is a privately held company based in Collegedale, Tenn. The McKee Foods story began during the height of the Great Depression when founder O.D. McKee began selling 5-cent snack cakes from the back of his car. Soon after, he and his wife, Ruth, bought a small, failing bakery, using the family car as collateral. Today, the company employs more than 5,000 people in Collegedale, Tenn.; Gentry, Ark.; Stuarts Draft, Va.; and Kingman, Ariz. It creates and produces Little Debbie® Snacks, Drake’s® Cakes, Sunbelt Bakery® snacks and cereals, Heartland® and Fieldstone™ Bakery food products.

“McKee Foods has had a longstanding commitment to manufacturing in Virginia,” said Randy Smith, vice president of Stuarts Draft operations for McKee Foods. “The business climate in the Commonwealth is very favorable, and we have found Stuarts Draft to be geographically well-positioned to serve the markets for our brands. The Commonwealth is very business friendly, and there is a wonderful population of people to recruit to work with us. We are proud to be here and to be expanding our production capacity.”

The Virginia Economic Development Partnership worked with Augusta County and the Shenandoah Valley Partnership to secure the project for Virginia. Governor McAuliffe approved a $300,000 performance-based grant from the Virginia Investment Partnership program, an incentive available to existing Virginia companies. Additional funding and services to support the company’s employee training activities will be provided through the Virginia Jobs Investment Program.

“Creating jobs for the citizens of Augusta County remains one of our highest priorities,” said Larry Wills, Chairman of the Augusta County Board of Supervisors. “McKee has been a strong partner in both job creation and capital investment since 1990, and we are proud to be a part of the company’s ongoing success,” Wills added.

Carolyn Bragg, Board of Supervisors representative for the South River District where the plant is located, said, “McKee Foods is one of the largest employers in Augusta County and continuously gives back to the community in multiple ways, such as its annual contribution to the Governor’s Food Bowl. We are excited to announce this expansion in partnership with the Commonwealth of Virginia.”