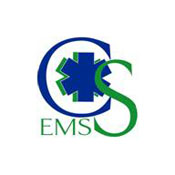 In a formal ceremony held at the Norfolk Waterside Marriott this evening, the Virginia Office of EMS announced the recipients of the 2014 Governor’s EMS Awards. The Governor’s EMS Awards ceremony is the culmination of the 35th Annual Virginia EMS Symposium. Governor Terry McAuliffe recognized a number of outstanding EMS providers and organizations from across the Commonwealth for their exceptional achievements and dedication to Virginia’s EMS system.

“We are incredibly proud of Matt and his many accomplishments and this award confirms what we have known locally for years. Matt has been an integral part of our regional and statewide EMS system as demonstrated through his selfless service to the profession.” said Board president Gary Critzer.

Lawler has been intimately involved in Virginia’s EMS system for more than 30 years. He is a volunteer provider who has been involved at the local, regional and state level. As a life member of Staunton‐Augusta Rescue Squad (SARS), Matt still actively runs calls with SARS. He joined in SARS in June of 1983 as a junior member and earning his EMT Ambulance certification in 1984.

Since that time, he has continued his EMS education culminating in his current certification as a National Registered Paramedic.