Mathers stays in Waynesboro: ‘This is home’ 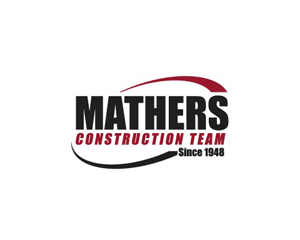 Mathers Construction Co. has been around as long as Waynesboro has been an independent city.

“Mathers has always been a Waynesboro company. We have to be here. This is home,” said Dave Gauldin, who purchased Mathers in October 2009, and recently announced plans to consolidate operations of Mathers and subsidiaries Augusta Erectors Inc., Bottom Alley Development and March Excavating at the old Hopeman Brothers facilities on Essex Avenue in Waynesboro.

Logistics drove the movea at the outset. The companies had been operating out of locations in Waynesboro and Fishersville. “Somebody would call and ask where a particular piece of equipment was, and it could be here, it could be at AEI. Now all of the companies will be within walking distance instead of driving distance,” Gauldin said.

There was also a good bit of forward thinking in terms of locating the consolidated operations in Waynesboro.

“We looked at other locations in Augusta County and Staunton,” said Nick Collins, the president of Mathers, which through Bottom Alley Development, its real-estate development arm, owns properties in both localities.

“We feel there’s a lot of opportunities in Waynesboro for our group of companies in the future. We like Waynesboro because of its proximity to Charlottesville. If we got too far over toward Staunton, we feel like we might lose touch with some of that. For our business, we feel like this is the center of the circle,” Gauldin said.

Bottom Alley Development purchased the Hopeman Brothers properties for an undisclosed sum. The location features 30,000 square feet of office space and 95,000 square feet of warehouse space spread out over 20 acres with frontage on the South River.

The Mathers businesses will occupy 12,000 square feet of the office space. Some existing tenants will remain on-site, and Bottom Alley is working to fill the remaining space with additional tenants.

Gauldin hopes the company’s aggressive efforts to fill the space will play a role in getting the Waynesboro economy moving forward.

“Everybody talks about how many things they want to do here. They don’t always necessarily happen. One thing is for certain. You have too many resources in Waynesboro not for it to happen,” Gauldin said.

“it’s just a matter of time before you have a group of public-private partnerships that are formed to create those opportunities in the city. By us staying here, we’re here to be able to participate in that. You can call it a gamble, but we want to be here when it happens,” Gauldin said.