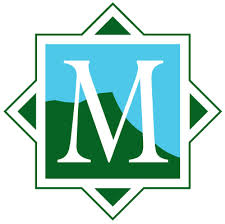 Officials at Massanutten Resort, located outside of Harrisonburg, announced on Tuesday that they will be the home to some of the newest and best mountain bike trails on the East Coast.

Development and construction of a new bike park are underway, with a mid-summer opening date. The bike park will be located at the current ski and bike rental shop adjacent to the newly renovated ski lodge and Base Camp umbrella bar.

Kenny Hess, Director of Sports at Massanutten Resort, explains “We wanted to build upon the momentum and excitement of our other summer activities including the Adventure Park and WaterPark.  The bike park is a natural extension of our zip line and climbing attractions.”

The resort has been hosting Cross-Country and Downhill Mountain bike races since 1989 including the 1997 UCI DH World Cup.

”Our bike park will nicely complement the already popular cycling options in the Shenandoah Valley; Harrisonburg VA is already nationally recognized as an IMBA Ride Center.”

The resort plans to offer a ride school and bike patrol to service guests. Massanutten’s bike park will utilize two of the resort chairlifts servicing four new trails and a rework of the World Cup race course for the July opening. The initial focus will be on beginner and intermediate level trails with two additional advanced trails scheduled to open later in the season.

The trail and park buildout has been awarded to 402 Trails, based out of Greenville, VA. Massanutten will be hosting the Gravity East Downhill race series opener on April 30 & May 1, 2016.

Additional information and updates will be posted atwww.massresort.com/bikepark.