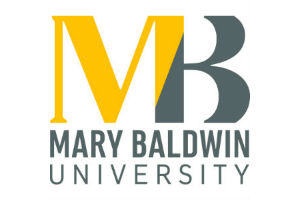 College and university rankings season is in full swing, and Mary Baldwin University has nabbed spots in several local, regional, and national categories.

Students and parents often use these best-of lists as a resource during their college search, gleaning information about academic offerings, campus experience, and overall fit.

In the 2020 U.S. News & World Report Best Colleges rankings, MBU changed overall categories from a regional to a national university this year, appearing at No. 272 (tie) on the National Universities list. Mary Baldwin reached a benchmark of doctoral degrees awarded to qualify for the national list, which features Princeton University, Harvard University, and Columbia University as the top three schools.

In a new category, U.S. News ranked MBU as a Top Performer for Social Mobility, coming in at No. 21 (tie). This list measures how well schools graduate students who receive federal Pell Grants, most of which support students whose family incomes are less than $20,000 annually.

MBU also came in at no. 56 (tie) in the U.S. News Undergraduate Teaching category, which honors a school’s faculty for extraordinary commitment to undergraduate teaching. Plus, MBU nabbed a mention for Campus Ethnic Diversity (an unranked listing), which identifies colleges where students are most likely to encounter racial or ethnic groups different from their own.

MBU is also one of 142 Best in the Southeast, as ranked by the Princeton Review in its 2020 Best Colleges: Region by Region. The featured colleges were chosen from hundreds of institutions in each region primarily for academic excellence.

Regionally, MBU ranked No. 12 Best Bang for the Buck in the Southeast (up from No. 20 last year), and was named a Top School by Virginia Living magazine for the fourth year running. MBU was ranked No. 35 National University (up from No. 54 Master’s University) by Washington Monthly in its annual College Guide and Rankings, which claims a distinctive ranking criteria based on colleges’ and universities’ contributions to social mobility, research, and public service.

The News Virginian, out of Waynesboro, awarded MBU third place in the Valley’s Favorite College, and Study.com ranked the university the no. 27 Best Online School in the country.