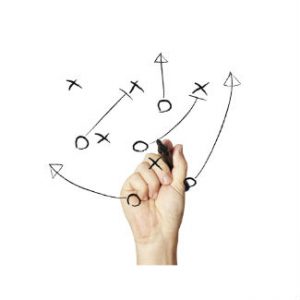 Many countries around the world are in need of support from missionaries. From the daily work of sharing religious beliefs with local people to the building of schools, churches, and homes, there is room for a great many talents and skills in the missionary community.

Marc Zboch shares the ways in which missionary trips can bring awareness to major issues around the world.

After the 2010 earthquake that devastated the nation, many people still find themselves homeless. The confused tangle of government and non-government organizations (NGOs) that are meant to help people often cause more problems than they solve.

Taking a mission trip to Haiti can bring the nation’s problems home to a church or religious group. When members visit these distressed areas and come back with their impressions, they can move others to donate or to take their own mission trips to the country.

In Haiti, access to clean water, sanitation, and food has been especially problematic. While local production of food has started again, the nation is still in need of donations from abroad. Mission trips can help to bring attention to the lasting hunger problems in Haiti.

Building housing is another excellent way to bring awareness to Haiti’s problems. The local population is always appreciative when they are able to move into a new or repaired home.

In Malawi, there are many areas where the work of missionaries is necessary for the local population. Many countries do not have enough housing, and others suffer from a lack of access to clean water. Missionaries have been involved with building new homes as well as schools and churches. They have been involved with water access projects as well. Where water is in short supply, sanitation is threatened and disease can spread.

In the Democratic Republic of Congo, infrastructure was damaged by local instability. When mission trips arrive in the Congo, they have the opportunity to spread the word about the need for rebuilt infrastructure. Homes, schools, and churches need to be built, along with roads, clean water access, and food supplies.

Another area in which missionaries are helping to increase access to clean water is the Central African Republic. Well-drilling operations run by current and former missionaries are part of the solution to the problem. The area has also been affected by political instability, which sometimes makes the work of a missionary dangerous.

Missionaries have been able to bring attention to Mexico’s large population of disadvantaged people, particularly in remote areas of the country. Some parts of Mexico have also been plagued with drug-related violence, making some areas unsafe for visitors. Taking mission trips to Mexico can help to raise awareness of these problems and attract more missionaries to help the people achieve a better life.

China is not thought of as a country where missionaries are still at work. While the government can make missionaries’ work difficult, it is still important to reach out to the Chinese people. Particularly in areas hard-hit by food insecurity and lack of sanitation, missionaries can help a great deal. Taking mission trips to China can bring attention to the fact that freedom of religion is not guaranteed in the nation.

Mission trips taken within your own country can be as valuable as those undertaken around the world. Especially if you do not have the time or ability to take foreign trips, you can make a difference close to home.

Poverty is a widespread problem in the United States, together with food insecurity and lack of quality housing. Many people have also been moving away from their faith and could use an example of how living a religious life would benefit them.

Problems Faced by Missionaries Around the World

While missionaries find their work to be satisfying, there are many pitfalls that could lie in wait for the unwary. One of the primary difficulties faced by missionaries is a sense that their efforts are not appreciated by the local population. Missionaries need to keep their focus on what they can change and what is out of their control.

In some cases, local governments are resistant to the help of missionaries from foreign countries. A great deal of diplomacy is necessary in order to make a missionary’s purpose known.

Part-time missionaries are able to give a great deal of help to the local population. In particular, taking young people on mission trips galvanizes their determination to make a difference in the world.

Encouraging awareness of social and economic problems makes people more compassionate. When people take the time to meet with local residents on a person-to-person basis, they can move past the conception of foreigners as “other” and understand that we are all part of one human family.

Helping a local population rebuild is a rewarding activity in and of itself. Missionaries can feel good about their impact on the world. While not everyone supports the work of missionaries, most people accept that they are doing good in the world.

Upon returning home from a mission trip, people who have participated can meet with their fellow parishioners and spread the word about the social and economic problems faced by these countries. They can move their peers to make donations or to take trips of their own. Being a good example of how to bring your faith to the world benefits everyone.

Being Called to a Mission Trip

Marc Zboch reminds readers that being called to a mission trip is part of the expression of your faith. Many religious denominations encourage their members to work abroad in several different capacities. If you feel moved to help people around the world, you should take a mission trip of your own.