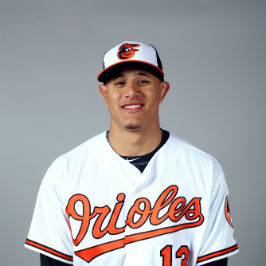 ESPN is reporting that free-agent shortstop Manny Machado has come to terms with the San Diego Padres.

Machado spent his first six and a half seasons as the cornerstone of the Baltimore Orioles, before being traded to the Los Angeles Dodgers last season ahead of testing the free-agent waters.

He has been an All-Star four times and won two Gold Gloves.

According to league sources, the deal will pay Machado $300 million over 10 years.

The deal reportedly includes an opt-out after the fifth year.

The Padres entered the Machado Sweepstakes late in the game.

San Diego had an estimated payroll of $75.4 million for its 2019 roster ahead of the Machado signing, ranking 26th among MLB’s 30 teams.

The Padres were 66-96 in 2018, and finished in last place in the National League West, 25.5 games behind division-champ L.A., Machado’s now-former team.