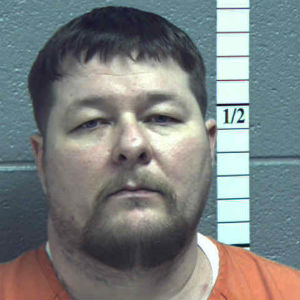 Original post: April 23, 3:59 p.m. Larry Allen Turner, 41, who is a person of interest in a West Virginia homicide investigation, and is the subject of a multi-state manhunt, has been seen this week in Staunton and Augusta County.

Turner was sighted in the area on Tuesday evening, according to Augusta County authorities, who flooded the Churchville area in the western part of the county earlier in the day on Tuesday on a report that he had been seen in that area.

A group of individuals, one thought to be Turner, later proved not to be Turner, was contacted by deputies on Community Lane during this sweep. While this contact was being made, the Augusta County Emergency Communications Center received a 911 call reporting that Turner was in the 1300 block of Hankey Mountain Highway driving a silver Volkswagen.

While in the area, Turner is alleged to have displayed a handgun and fled west on Hankey Mountain Highway towards West Augusta.

Units from the Augusta County Sheriff’s Office and the Virginia State Police flooded that area seeking Turner and the silver Volkswagen. Additionally, law enforcement in Bath, Allegany, Rockbridge and Highland, as well as law enforcement in West Virginia, were notified and
assisted.

Members of the Augusta County SWAT Team staged at Churchville Elementary School to centrally locate and prepare to respond if Turner was sighted or contacted.

The Rockingham County Sheriff’s Office assisted with their armored vehicle.

This is the last known stolen auto that Turner is believed to be operating.

Another vehicle wanted by authorities that was allegedly stolen by Turner on April 10th in West Virginia, a Ford F-150 bearing Oklahoma plate V35101, has not been recovered.

Authorities in Bath County received a report of a “silver Volkswagen” running a citizen off the road on Route 39 in Bath County Tuesday evening. This is the last probable sighting of Turner and the silver Passat.

Deputies from the Augusta County Sheriff’s Office and other agencies worked throughout the night searching for Turner and the stolen silver 2005 Volkswagen Passat station wagon, which was recovered today in Pocahontas County, West Virginia, by West Virginia State Police.

Additionally, Turner was spotted this morning at a state park in Pocahontas County. He is still at large.