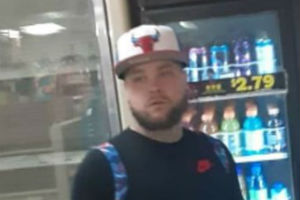 Update: Wednesday, 2:10 p.m. William M. Feck has been located and is safe.

A local man reportedly shot himself near the Inn at Afton on Monday afternoon, then drove away from the scene on the Blue Ridge Parkway.

Now the man, identified as William M. Feck, 33, is being sought by the Augusta County Sheriff’s Office.

A news release informs us that family members told investigators that Feck has been out of touch since Saturday.

It was reported that he was headed south on the Blue Ridge Parkway, in a white SUV, after the 5 p.m. shooting.

Feck is 5’3″, 155 pounds, with blue eyes and brown hair, and numerous facial tattoos.