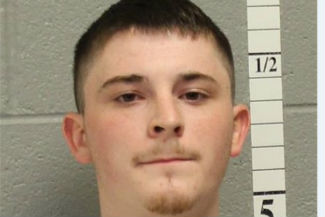 A fight at the Walgreen’s on Lee Highway in Augusta County led to the arrest of a man on gun charges.

Dakota Alexander Davis, 25, faces charges for carrying a concealed weapon, brandishing a firearm and possession of a firearm while in possession of certain substances, per a report from the Augusta County Sheriff’s Office.

Deputies were responding to a call at the Walgreen’s on Lee Highway at 5:06 p.m. Tuesday regarding a fight between two men.

The males were quickly located. Davis was the one found with a concealed, and loaded, .357 Magnum revolver.

He has been ordered held without bond at Middle River Regional Jail.