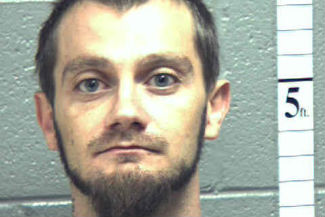 A 34-year-old man was charged with impersonating a police officer after an incident at Hill Crest Apartments in Staunton on Tuesday.

Deputies were dispatched at approximately 4:13 a.m. for the report of a man who was knocking on apartment doors and identifying himself as a police officer.

Upon arrival, deputies spoke with witnesses who said a man, later identified as Christopher Brian Breeden, was causing a disturbance. The complaining party informed deputies that Breeden was seemingly intoxicated and reeked of alcohol.

The witness added that Breeden identified himself as a police officer and tried to enter the man’s apartment, stating that he wanted to make sure everything was in order in his home. The tenant denied Breeden access.

Deputies found Breeden in the parking of the apartment complex. He made several incoherent statements and exhibited signs of intoxication.

Breeden was subsequently arrested for public intoxication and impersonation of a police officer.