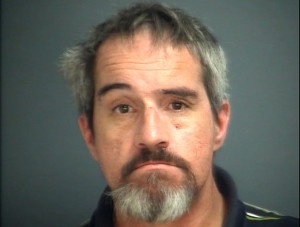 Darryl Scott Yancey, 49 years old, faces one felony count of [making] Threats to Bomb or Damage Buildings or Means of Transportation.  Yancey was in the General District Court accompanying a defendant who was present for a preliminary hearing.  He surrendered himself to the police department yesterday afternoon.

At approximately 1:15 PM, a deputy clerk received a phone call in which the caller indicated there was a bomb in the building.  The Waynesboro Sheriff’s Office, which is responsible for courthouse security, was immediately notified of the threat and bomb threat protocols were put into action.  The bomb threat resulted in the evacuation of the District Courts building at 237 Market Avenue and the adjoining Thomas L. Gorsuch Municipal Building that houses several city departments. Nearly 100 city workers, court personnel, attorneys, defendants and other courtrooms observers were relocated to the parking lots while members of the Sheriff’s Office and Police Department conducted a search of the building aided by a Virginia State Police bomb sniffing dog.  Also seven inmates who had been brought down from Middle River Regional Jail had to be returned.  The building was declared safe 90 minutes later.  The bomb threat and subsequent evacuation caused a significant disruption to the court docket as nearly a dozen preliminary hearings had to be continued.

He is currently being held without bond in Middle River Regional Jail.