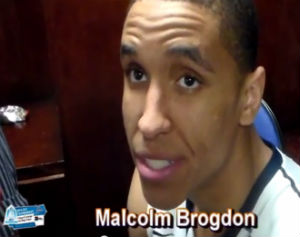 UVA Basketball alum Malcolm Brogdon has a new home in Indiana, with the Pacers signing the former Milwaukee Bucks point guard to a four-year, $85 mllion deal, according to reports.

Brogdon, a 2016 UVA alumnus, is formally going to Indiana as part of a trade with Milwaukee, his NBA home for his first three seasons in the league.

Milwaukee will receive Indiana’s first-round pick in 2020 and two future second-round draft picks from the Pacers.

Brodgon became just the 10th NBA player to hit those numbers while playing 1,000-plus minutes in an NBA season, joining the likes of Kevin Durant, Reggie Miller, Larry Bird and Dirk Nowitski.