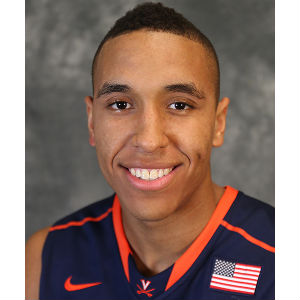 No hard feelings, is the takeaway you’re supposed to want to get from Malcolm Brogdon’s return to Milwaukee.

“I would’ve loved to play for this team, if they had wanted me. If they had valued me the way the Pacers value me. That’s all I gotta say,” Brogdon told ESPN.com upon his first visit back to play against the Bucks after leaving the franchise in a sign-and-trade deal with the Indiana Pacers in the offseason.

Brogdon had a modest 10 points and 10 assists in the loss for the Pacers, who landed Brogdon, the 2017 NBA Rookie of the Year, in a four-year, $85 million deal.

The move included a transition for Brogdon from off-guard to point guard, and he has excelled in the new role, averaging 18.3 points and 7.6 assists per game, both career highs, while leading the Pacers to a surprising 20-10 start.

The surprise to the start involves how Indiana has yet to get a minute from its presumptive franchise player, Victor Oladipo, who has been out since January, and isn’t likely back until the All-Star break in February.

The best-case scenario for the Pacers heading into the season was for the team to tread water until Oladipo got back around the holidays, as had been expected over the summer, and then gel before the playoff stretch run.

The solid start has raised expectations in the Hoosier State, to say the least.

That’s in large part due to Brogdon growing into his new role.

“That’s exactly what it is. It’s about a new opportunity, a new challenge,” said Brogdon, a 2016 UVA alum. “Sort of being a leader of a team now is a totally different role, it’s a way bigger role for me, but it’s something I’ve been molded into and something I’ve prepared myself to do over the past three years.